It looks like a lot of people will be getting a tablet for Christmas, and if you're a comic fan this is good news!

I'm the proud owner of a new iPad with Retina display, and it's transforming the way I do a lot of things. With a Bluetooth keyboard it's a brilliant, portable writing solution. I game a lot more than I ever did with a Wii or Playstation.

Most importantly, I've realised what a great vector for comics delivery a colour tablet can be. I was never a fan of digital comics, finding the interfaces clunky and intrusive on a laptop. But with a tablet, you get a very close approximation of the comic-reading experience, with all the advantages of digital delivery; easy storage and portability, and no hassles with printers. OK, you don't get that new comic smell–or indeed that old comic smell. But let me make this plain. I have bought more single issue comics in the last six months than over the last six years. That has to be a good thing.

Let's have a look at the comics that are rocking my world now. Unless otherwise noted, they're available through Comixology, which is available on both iOS and Android. 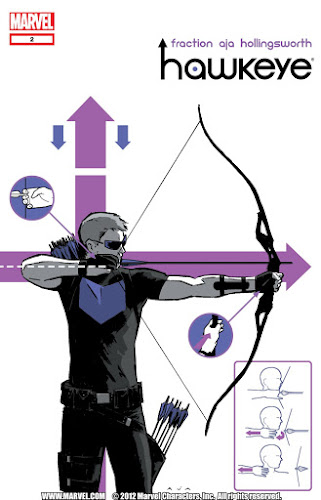 Hawkeye: I don't read many mask books these days. To catch my attention they really have to stand out, and Hawkeye is unquestionably one of the best books of the year. Matt Fraction and David Aja have done something remarkable with the second-string Avenger and second-best known super-archer in the comics sphere. They've made Cliff Barton loveable. They've pulled off a simple trick; by focussing on his life outside the Avengers, and setting that life firmly in the scruffy bits of New York, they've both grounded and humanised him.

Clint is a doofus, who trips over trouble at every turn. He's a charmer, but he isn't the smartest or most powerful guy in the room. Without superpowers, all he has is his bow and his wits. And sometimes, they're just not enough to get him out of a tricky situation. His sidekick, the sassy Kate Bishop who took over the Hawkeye name for a while and is now training with Clint, is just as capable with a bow and a little bit cleverer. The backchat and banter between the two is priceless; it's Tracy/Bacall for the comics age.

Aja's gritty art and Fraction's snappy, propulsive scripts remind me of the sterling Miller/Mazzuchelli run on Daredevil, with more humour and less Catholic angst. The next issue will be set in the aftermath of Hurricane Sandy, and that, my friends, is going to be a must-read. 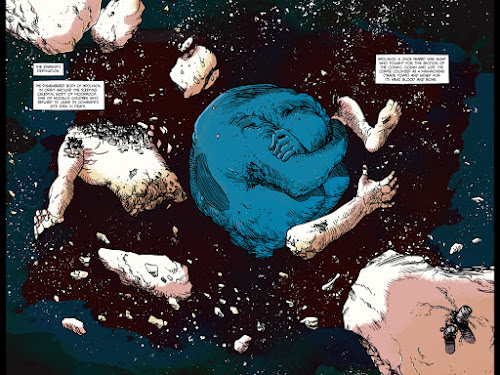 Prophet: I've been a fan of Brandon Graham for the longest time. His King City is a crazed and lovely futurecity fantasy with a real sense of warmth and heart, and the coolest anti-epic ending ever.

He's always had a slightly retro sensibility, and a love for the most absurd excesses of the 80's comic scene. So his update of the Image hero book featuring far-future warrior Jonathan Prophet is a better fit than you'd might think.

It's a remarkable piece of work, truly cosmic in scale. The universe that John Prophet fights in is alien and hostile, an empire in flux where betrayal and cruelty are the default position. But there's a strange beauty here too, depicted in stunning detail by Graham and his co-creators Simon Roy, Farel Dalrymple and Giannis Milonogiannis. It's the best looking book on the shelf by a long stretch, and if your tastes stretch to bande desineé-style cosmic freakiness, Prophet should be at the top of your list. 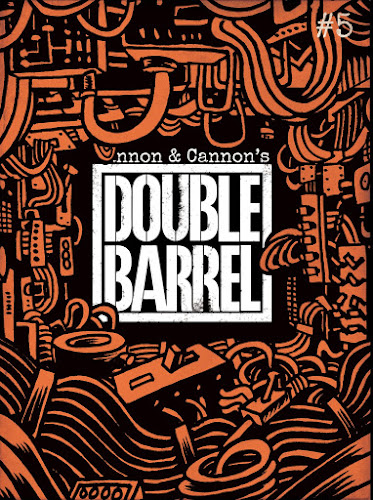 Double Barrel: A double-header of a comic (hence the name) from Zander Cannon and Kevin Cannon (no relation). They pack a lot into each issue. Two on-going stories, assorted shorts and one-offs, and a downright indispensable guide to comics creation that's as funny as it's instructive.

For me, though, it's the way the Cannons have embraced the digital format so wholeheartedly that makes Double Barrel such a joy. It's designed from the ground up as a digital comic, and it really works. The funny and eccentric side of the story is packaged up in a beautifully clever and above all unobtrusive format. The stand out strip for me is Kevin Cannon's Crater XV, the bonkers followup to his equally bonkers Far Arden (and for me, no-one does a sound effect like Kevin Cannon) but there's plenty to love in Double Barrel at a real bargain price. 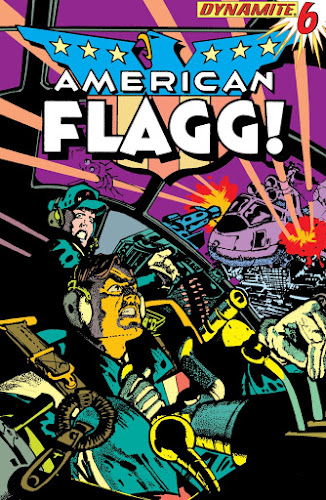 American Flagg!: The comics renaissance of the eighties was fired up by two collections: Watchmen and The Dark Knight Returns. That's common knowledge. But sadly, common knowledge seems to have forgotten about the third point of that triangle: Howard Chaykin's astonishing, modernist American Flagg! Telling the tale of ex-soap star turned cop Randall Flagg, the comic throws you straight into the deep end of a wounded and half-mad future America.

By turns hilarious, sexy and determinedly non-PC throughout, American Flagg! is probably the most innovative of the major comics that brought the concept of funnybooks for grownups into the mainstream. Chaykin's experiments with text and layout still look fresh and startling today.

The first 12 issues have been collected in a sharp new anthology at a price that should have you frenziedly stabbing the BUY button. Bohze moi! 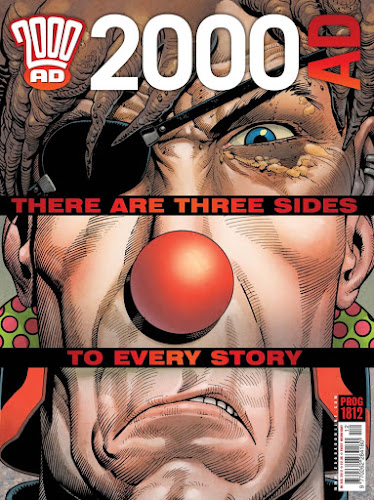 2000AD: It's been a hell of a year for The Galaxy's Greatest Comic. The 35th anniversary and the release of the fantastic movie version of Judge Dredd would be cause enough for celebration. But the comic is on a creative high at the moment, taking real risks with the storytelling. The Cold Deck storyline saw a tale of conspiracy and revolution break out from Dredd's storyline into the comic as a whole, culminating in a climax that took over the whole of Prog 1812. An audacious move, and one that paid off. All of a sudden, everyone's talking about 2000AD again. It's been a long time since I read 2000AD on a regular basis, but I snagged a digital subscription off the back of the Dredd film, and it looks like I picked the perfect time to do it.

The iOS app is a great way to read the comic, and offers easy subscription options. Sadly, if you're on Android things are a little more limited. You'll have to download your progs from the 2000AD website, or from Rebellion's Clickwheel. Which is a bit of a pain and a shame. Sort it out, Rebellion.

The Dandy: It would be remiss of me not to mention The Dandy in this overview. The revered old man of the newstands faced its 75th birthday with plummeting sales, despite its delightfully silly and beautifully-drawn strips and features. Last week's print edition was its last, and The Dandy has moved to an all-digital format. It's an interesting mix of strips and animation, and it pops on a tablet display. I think it's worth a look, and if any of your little ones have access to a tablet (or even if they own one–kids today, I dunno, I had to make do with an orange and a Beano annual when I were a lad) why not sign up to a subscription? It's a great way of supporting British comics, and makes sure that ace strip-men like Jamie Smart and Lew Stringer can continue to do sterling work.

Check out the dawning of a new era at The Dandy's dandy new website!

Those are my recommendations, but I know there are hundreds of others out there. So come on, Readership. What have I missed out?