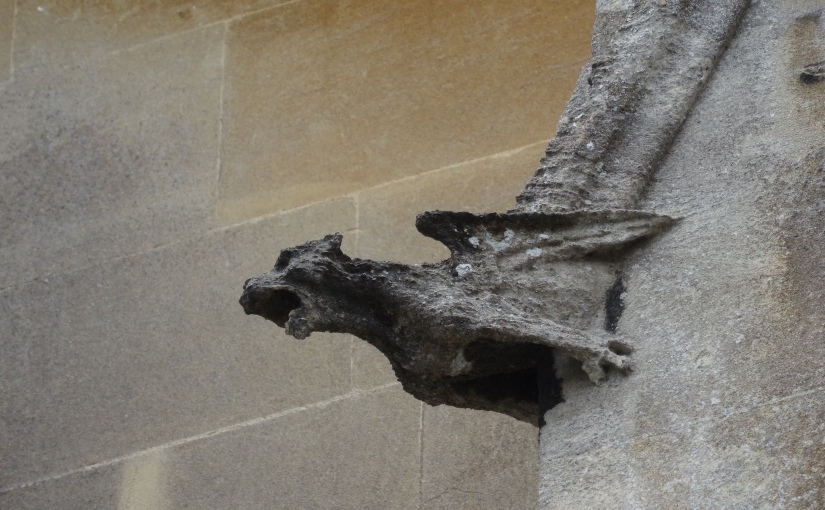 “But he had spent so much of his life insisting that he was right that to admit he was wrong then would have been to raise the terrible shadow of what else he was wrong about. A strong man can’t be wrong.” (from “The Pursuit of William Abbey” by Claire North)

If you’ve ever wondered why your cheeseburger looks nothing like the one on the poster, then you have been drawn in by the art of the food stylist. While there’s an argument that the tricks pulled by these clever and artistic people amounts to false advertising, it’s fair to say that the field invites creativity and innovation. Let us, therefore, introduce you to Janice Poon, whose work in film and TV will genuinely have you wonder whether that leg Hannibal’s carving can really be what it looks like…

If any article was custom-built for inclusion in The Cut, it has to be this one from Mental Floss. A brief history of mashed potato? Say no more. Welcome, stranger, have a seat at the table!

Normally, Bon Appetit would be launching their Hot 10 list of the best new restaurants in America about now. In what has proven to be the most challenging year ever for the sector (and Bon Appetit itself, which has scrambled to regroup after a battering to its reputation) the countdown was always going to be a little different. This year it has become a rallying cry and celebration of those restauranteurs who have grabbed the challenge and made the best of a really crappy Situation. A list like this for the UK would be very welcome indeed.

We loved this profile of trickster and thorn in the side of Richard Nixon, Dick Tuck. His relentless dragging of the Sweatiest President contributed to Nixon’s paranoia to the point where he was a regular mention on the Watergate Tapes. If we ever needed a figure like Tuck to drip poison into the Presidential ear, it would be now.

We are into Spooky Season now—well, more so than usual. As the night draw in and the spirits begin to stir, it’s the perfect time to settle down in your chamber with some snacks, a drink and a scary book. If you’re unsure what to go with, this Reddit thread has some excellent recommendations. We’d recommend the work of Anne Billson, in particular ghost story The Ex and gloriously OTT vampire yarn Suckers.

The Music Desk is always delighted to welcome a new album from speed demon and punk-daddy Bob Mould. Blue Hearts is the work of an artist raging from a tower of noise—angry, urgently vibrant and ready to rain fire on all the monsters below. It’s frankly glorious. Fans of Hüsker Dü and all that they influenced are going to love this. Stevie Chick talks to the man and shows us why he’s still such an important musician.

A couple of links courtesy of the fine folks at WFMU, a regular lock on The Cut’s office radio. If you like it freeform and ferociously independent, the sound of Jersey City is going to float your boat right out to the Hudson River. Consider this the closest we ever get to a promotional message.

Anyway. Let’s start with a visit to the house of the man many consider to be the inventor of jazz—trumpeter Buddy Bolden. His reputation is based purely on legend and word of mouth. He left behind no recordings or personal effects. His family home remains the only true element of legacy, and it’s quietly rotting away. This article in Oxford American looks at the history of a near-forgotten legend and what is being done to ensure Buddy’s name is better known…

John Carpenter is becoming as well-known for his music as his films nowadays. He was touring regularly before The Situation rose, and our sources report he puts on one heck of a show. His influence is long-ranging. It’s a no brainer that hip-hop would use his loping, percussive beats, although it may be surprising to find out just how prevalent his atmospheric electronica, and one iconic tune in particular, has become…

Little and often is the key to building up a habit in any creative endeavour. Write a couple of hundred words a day. Take one photograph every twenty-four hours. Dan Blank was frustrated with his inability to learn the guitar until he embraced the habit of playing every day, even if it was the act of strumming a single chord or set of changes for a couple of minutes. There’s a lot of insight into the work going into the creative process in his piece. Now, if you’ll excuse us, there’s a dusty acoustic in the back office which needs a little love.

And finally. Our Exit Music this week has to be from Eddie Van Halen, who sadly travelled to Valhalla this week. Innovator, inventor, genius and showman, he built a whole new language from his Frankenstein guitars that is still widely spoken today. But he was never a wrinkle-browsed miso, writing and performing with a pop sensibility and always embracing the fun. One commentator this week described Van Halen’s music as sounding like dogs wearing sunglasses.

With that image in mind and in tribute to Eddie, The Cut presents this bonkers live version of Unchained, from a gig at Oakland Coliseum in 1981. A couple of things to note. Only one of the four band members is wearing a shirt. David Lee Roth’s spandex strides leave nothing to the imagination. And much as we love Eddie’s fretboard pyrotechnics, we’re more impressed with the way drummer Alex Van Halen finishes the song—banging on a flaming gong with a flaming beater.

Sometimes, all you need is a dog wearing sunglasses.