We could spend hours discussing the seven wonders of the modern world. The Burj Khalifa Tower in Abu Dhabi, up which Tom Cruise so famously glove-walked. The Øresund Bridge connecting Sweden to Denmark, home of so many angst-driven murders.

But we foodies have our places of worship, too: those parts of the globe where grub is god, where our senses and greedy tums can be fulfilled. These are the culinary Seven Wonders of the world… as least, as far as I'm concerned.

Perhaps the most famous sushi joint in the world, and rightly so. When President Obama visited Japan recently, he made darn sure that he stopped off at Jiro's for lunch. Looking at the place, you might wonder why. It's a tiny box in the basement of an office building in the Ginza district, with room for perhaps ten diners at a time. Jiro serves one menu, and offers only beer or sake to drink. If you can get a reservation to Jiro's (and it's not easy–the booking office is currently closed until June) you're there to eat sushi.

The food is prepared and served with an attention to detail that's obsessive even by Japanese standards. Jiro will watch as you eat, the better to guage what to serve you next, and even where on the plate the next piece will sit. You will pay on average £400 for a meal, and there's a good chance you could be in and out in 20 minutes. But this is food with a purity and rigour that's worth making the effort. The award-winning documentary on Jiro and his life will tell you more–like the food, it's a perfectly presented, tasty little jewel. Not, I hasten to add, anything to do with the ubiquitous seafood restaurants (nice as they are). The tiny, woodlined restaurant on the banks of beautiful Loch Fyne serves a small, perfectly formed menu. But really, you should be going for the oysters. Grown and harvested within yards of your table, Loch Fyne oysters are among the best in the world, and eating them with some good bread (baked on the premises) while gazing out over the loch is a very distinct pleasure. I speak from experience on this one: TLC and I went to Scotland on our honeymoon, and the Loch Fyne Oyster Bar was a very smart stop-off for lunch. A place of peace and beauty, and a very fond memory. 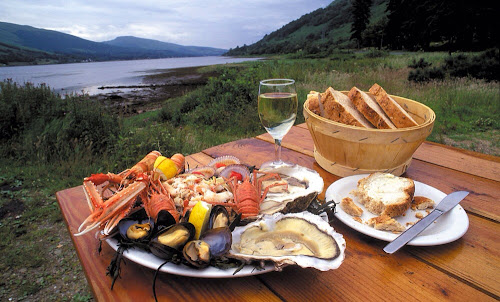 No truly great chef is self-taught, and many of the giants are alumni of the Cordon Bleu. It's an international concern these days, with campuses worldwide. But Paris was the first and, for many, the heart of the French school of cookery that still has such a hold on our preconceptions of culinary excellence.

Let's face it: no chef can consider to have arrived without at least one Michelin star, and that reward comes from cleaving to a model of service and food preparation that springs directly out of the Cordon Bleu. Sure, there are outliers: Jiro's place is Michelin-starred, for example. But for the most part an apparance in the blue book means that a restaurant has achieved a certain level in a certain way. France is, for many, still the home of fine cuisine, and the Cordon Bleu is where you go to learn the skills to make it.

A list like this would not be complete without including the restaurant that many believe to be the best in the world. That honour can change over time, of course: Heston Blumenthal's Fat Duck is currently closed for refurbishment, Ferran Adria's El Bulli shuttered years ago. Nowadays, the place to be is Denmark, and the place to eat is Noma. Recently returned to the No. 1 spot of Restaurant Magazine's Top 50, Noma is the creative home of chef René Redzepi. His food is deeply connected to the Nordic terroir–that is, the food, ingredients and flavours most typical of the region. Fellow chef Niklas Ekstedt joked recently that you can tell if something's Swedish by the amount of dill on it, but Redzepi's food is far more open to experimentation and adventure than that. There aren't many places that can get away with a dish of beef tartare and ants.

It's said that to get a true feel of a country you need to eat its food. Noma's food is earthy, humorous and full of surprises. If you can get a reservation, and you can afford it (both increasingly unlikely following Noma's return to the top spot, but no harm in trying, eh?) then this is one place to put on your bucket list. 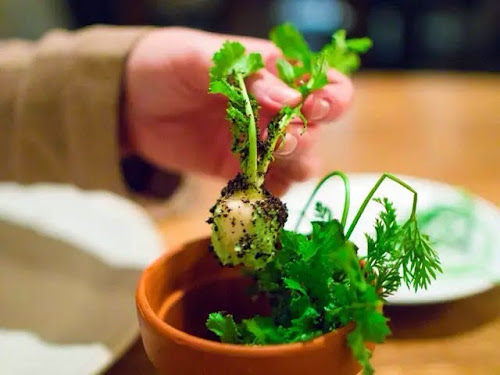 If your tastes or your bank balance don't run to Noma's level, then there's always street food. Here's where you can get a true sense of a country, with the food that people are lunching, breakfasting or simply snacking on every day of the week. From Mexico to Marrakech, there are plenty of hubs where people gather for their fix of noodles or deep-fried goodies.

The place to be though, at least according to the well-travelled trencherperson, is Bangkok. More precisely, Soi Rumbuttri, a U-shaped street off the Khao San Road (in other words, away from the backpackers) that is home to over a hundred food stalls. Here's where you can track down your food fix from a wild mix of Asian cuisines, prepared on the spot for pennies. OK, you don't get the refinement and service of a place like Noma. But you are getting a jolt of culture and flavour straight off the main grid. The nightlife in this buzzing, active area is amazing too. If you're hungry for the real Thailand, this is where to head. 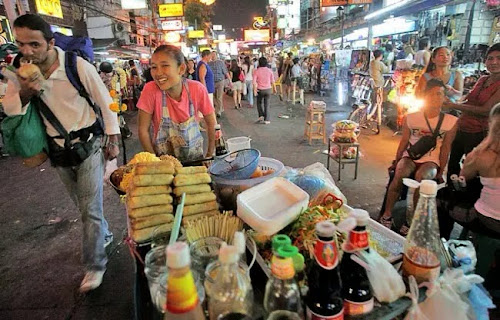 Any foodie worth his or her salt will want to track down a local market. Again, if food is a mirror to a nation's soul, then the raw ingredients that a market supplies are the frame on which that mirror is built. There are a ton of truly great markets for the adventurous food fan to seek out, from London's own Borough Market to La Boqueria in Barcelona–the only place to buy jamon. I'll admit to a soft spot for Oxford's covered market, which has some great food stalls amongst the clothes shops.

But for sheer dizzying size and spectacle, you'll have to take a trip to the antipodes. Queen Vic Market is the largest in the Southern Hemisphere, with over 700 stalls selling… well, you name it. The place takes up two whole city blocks, so if it's food related, you'll probably find what tickles your taste buds. The Meat Hall is the place for curious carnivores, with stalls selling everything from chicken to crocodile. If you're peckish, the Food Court seats 400, so you can probably snag a table. The problem, I feel, is going to be lugging all your goodies home at the end of the day. 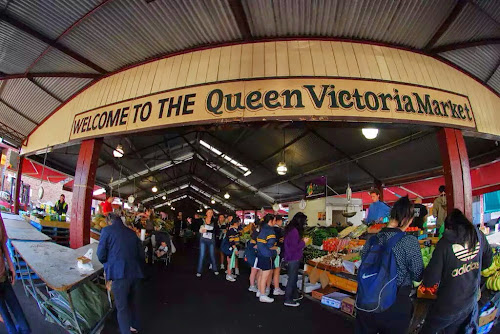 We've talked about food reflecting the soul of a country, so let's finish off by bringing it all back home. There's nothing more English than fish and chips, and those in the know agree that the best in the country are found on the north-east coast. Although my mate Rev Sherlock has always bigged up the fish suppers in Grimsby (a little local bias, perhaps: he's from there) the place to be, at least according to the Fish And Chip Awards, is a little way up the coast at Whitby.

Quayside, run by Stuart Fusco since 1999, is housed in a historic building right on the quay. Stuart fries his fish and chips the traditional way: in beef dripping, with a special-recipe batter. There's no better way to enjoy them then out on the quayside, watching the waves. To my mind seafood doesn't get any simpler are more tasty than that. 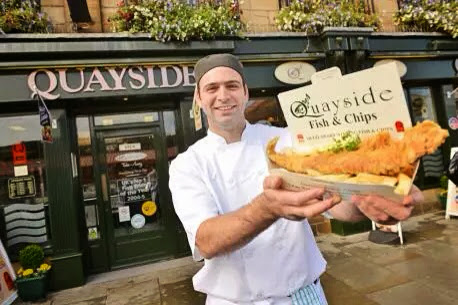 Those are my picks–where have I gone wrong? Hit me up in the comments, Readership!

(a tip of the toque to Edible Reading, who set me on this road in the first place).