Bruges is a curious town. It's almost a bubble: a city that's also a World Heritage Site, a place that is home to hundreds of thousands of people, yet contains more functional medieval buildings per square foot than nearly any other urban centre on the planet. Ringed by a canal and a four-lane highway, Bruges is a place out of time, and one that embraces that most modern of money-making activities: tourism. 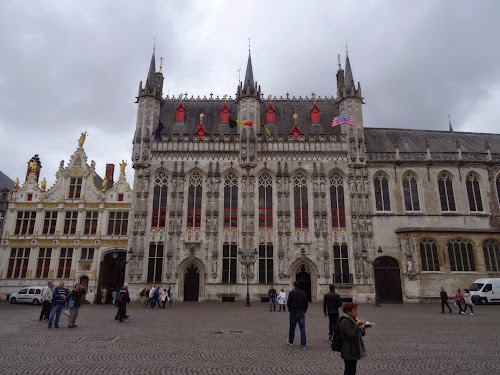 It is, without a doubt, an astonishingly pretty town. Centred on the town square, the Markt, Bruges is stuffed with ancient churches, beautiful statuary, imposing public buildings and many, many low-ceilinged dim little bars. Everywhere's walkable or, if you like, it's even quicker to whizz around on a bike. The canals that cut through the city are well worth a boat tour explore, giving you a different perspective on a place that offers new camera-fodder with every corner. There are many bridges but one, overlooking a weeping willow, is one of the most photographed sites in Europe. Cars are tolerated but, in the civilised fashion of most towns in the Low Countries, they're viewed as second-class citizens: on the narrow, winding streets of Bruges, the motor car is a liability. 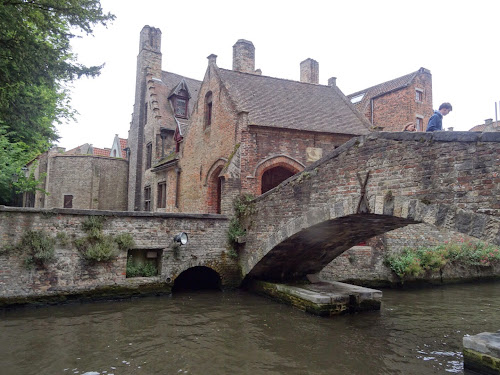 The town is almost an gallery in itself, a lasting tribute to the explosion of artistic invention that came out of Belgium and Holland in the 14th and 15th centuries. The work of the Flemish Primitives and the sacred art that came before it is celebrated in the Groeninge Museum, which houses a wealth of local masterpieces. Medieval art has always been a bit of a slog for me, to be honest: shonky anatomy, static, lifelike poses and occasionally shocking bursts of violence. The Death Of Marcus Lucinius Crassus by Lancellot Blondeel is a sweetly rendered pastoral scene with… hang on, what's that in the corner? Ah, there's Crassus, tied to a rough framework of branches, having hot lead poured into his screaming maw. The surrealists at the end of the show are more to my tastes, with pride of place going to a Magritte. His calm, dry wit is a welcome tonic to the shrieking gilt-caked lunacy of the Flemish masters.

A ticket to the Groeninge Museum also gets you into the Arentshaus, and I can't recommend this highly enough. Home to works by Frank Brangwyn, a member of the Arts And Crafts movement in the UK who studied under William Morris, I instantly felt at home. His etchings, prints and linocuts have a fluid, joyful muscularity that manages to blend a sympathy with the human condition with a celebration of the everyday achievements of the working man. As a comics fan, I was reminded of Joe Kubert and Barry Windsor-Smith. As an art-lover, I was brought almost to tears by his astonishing series of lithographs depicting the passion and crucifiction of Christ. A must-see, to my mind. Also visit the garden, which contains four statues of the Horsemen Of The Apocalypse. Armoured, insectile and terrifying, they're part Terminator, part Dark Judge, all mean. 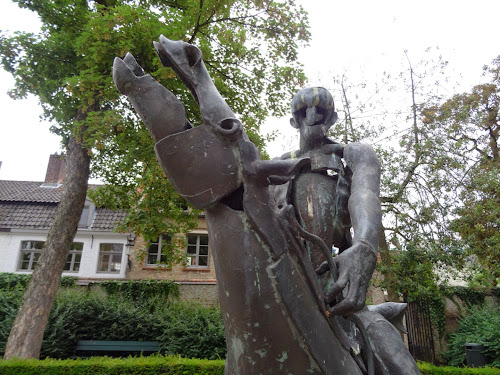 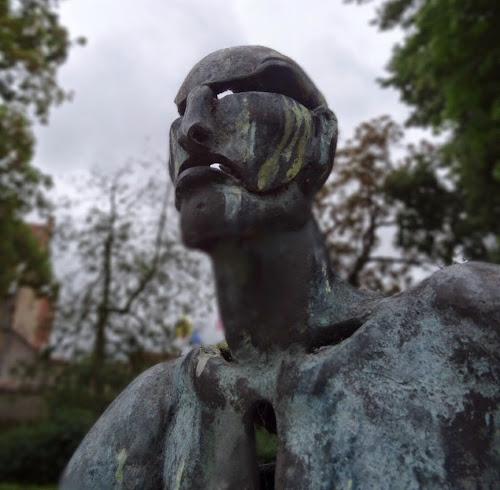 A five minute walk brings you to The Onze-Lieve-Vrouwekerk (Church Of Our Lady), which houses a Michelangelo Mother And Child in marble. Her calm serenity is breath-taking, and seems a perfect fit in a building that, while imposing, serves as an engine of faith to the Roman Catholic community that use it on a daily basis. There's nothing uppity about Michelangelo's Madonna. She and her child are at peace with the world. 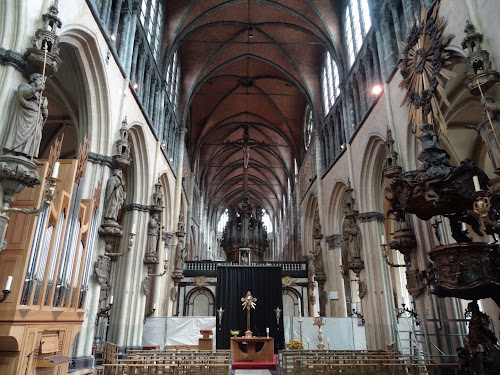 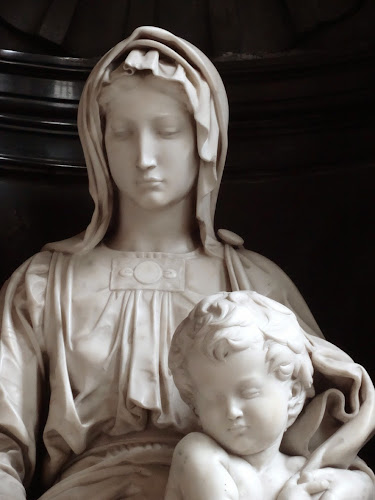 Modern art gets more of a showing than you might expect in an old town like Bruges. The old St. John's Hospital, next door to the Church Of Our Lady, has a permanent exhibition of Picasso and his contemporaries (featuring, at the time of writing, a showing of Andy Warhols). There's a Dali museum on the Markt, and a cluster of sharp-edged modern statues on t'Zand, to the west of the centre. This is also home to the new Concert Hall and, while we were visiting, a big screen showing Belgium's first World Cup match. The big square was full to bursting with football fans in black, red and yellow, draped in flags and wearing foam afros. An example, perhaps, of an art happening for and by the people. 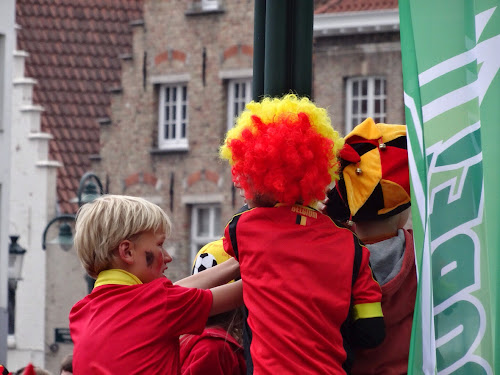 I haven't mentioned comics yet. How silly of me. The Belgians love their comics–how could they not in the birthpace of the sainted Hèrge? On this visit we sadly didn't make it to Brussels, which wears its love of the Ninth Art firmly on its sleeve, to the point of hosting a Museum Of Comics History. But Bruges has its own little corner of comics nirvana; De Striep, on Kaeterinastrass. On the outside it looks a little underwhelming, but once inside the place opens up like a puzzlebox. There's a gigantic range of bande desineé in Belgian, French and yes, even English. Upstairs houses a great range of prints and artbooks, and the secondhand shelves at the back are a treasure-trove of goodies. If you're a comic fan, you owe it to yourself to visit and support De Striep. I certainly found it tough to drag myself away. 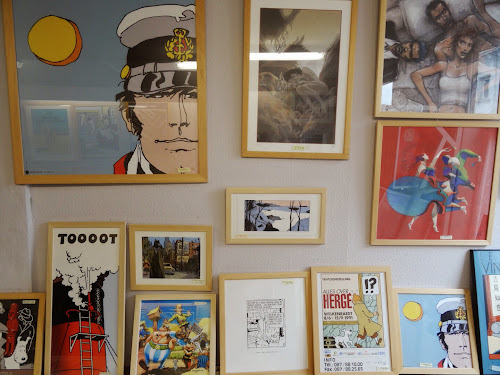 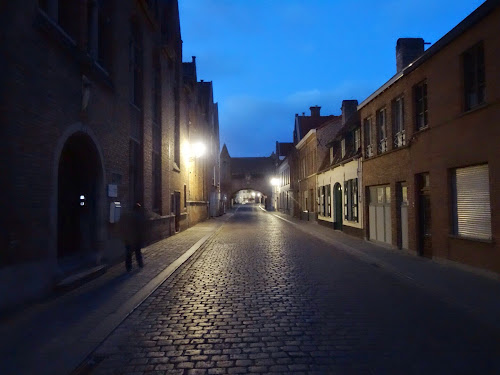 As I said at the start, Bruges is a curious place. It's easy to buy chocolate, yet surprisingly tough to get a pint of milk. The bars are full every night, yet there's no real sign of trouble even late at night. If anything, the streets are eerily quiet after hours. Apart from one sanctioned underpass on the way to the train station, there's no graffiti or street art to be seen. Possibly the odd sticker on a lamp-post. It's very clean and very friendly. You do get the feeling that there's an element of theme park about the whole place, particularly at weekends when coach parties and school trips descend and the streets clog. 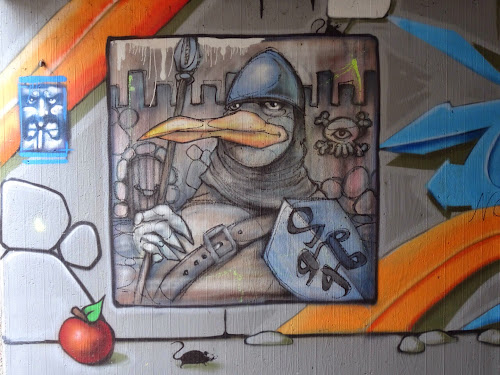 Nevertheless, it's a fun place to visit, with plenty to see and admire. It's perfect for a long weekend, and very romantic. Just make sure to leave room in your luggage for the chocs and beer that you'll need to bring back with you. 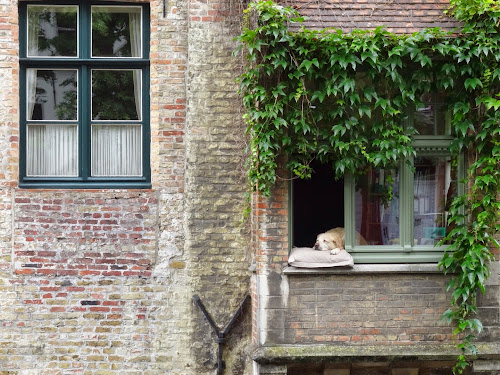 TLC has posted an evocative Flickr set of our travels: check it out.