If God had meant us to fly, she would have come up with a better way to do it than this. Strapped into hurtling winged death-tubes, at altitudes, temperatures and speeds that would strip the frozen meat from our bones as efficiently as the contents of a KFC Bargain Bucket flung into a wind tunnel.

END_OF_DOCUMENT_TOKEN_TO_BE_REPLACED

Snowshill Manor seems, at first glance, to be just another one of those National Trust sites that attract coach parties, couples of a certain age and bored families looking for a bit of culture before the kids drag them off to the play farm up the lane. It’s a rambling sixteenth-century country house, set in attractive gardens. Pretty, but pretty unremarkable.

Or it would be, were it not for the gentleman that owned it through a chunk of the twentieth century–artist, artisan and obsessive collector Charles Paget Wade. Scion of a family made rich through sugar estates in the West Indies, he bought the Manor House after serving time in the trenches during World War One.

He was at that point already a keen curator of a collection with the broadest remit possible–anything that caught his eyes as having artistic merit or exhibiting a certain level of craftsmanship in its creation. 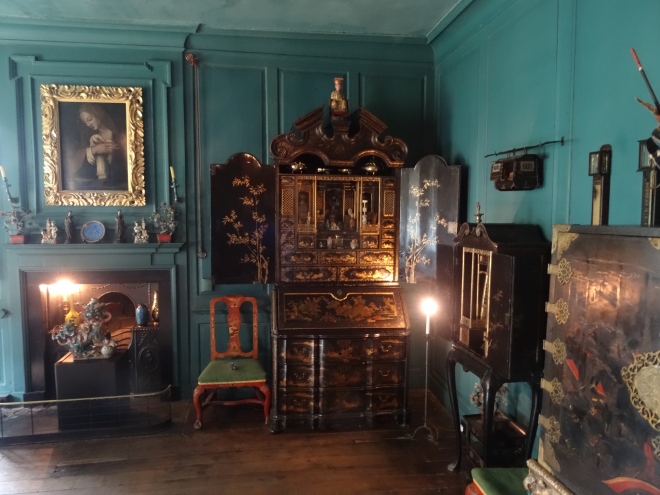 Wade refitted the Manor in an Arts and Crafts style, a discipline in which he was skilled and fluent. He set about turning Snowshill Manor into the showcase for his obsessions, creating themed rooms filled to the eaves with his finds.

This is what makes the place so fascinating. Wade was an artist, and believed in drama, mood and excitement. When he handed over care of the place to the National Trust, he insisted that they do as little as possible to the interior, to preserve the effect he had worked so assiduously to create.

Snowshill Manor is not your typical NT experience, then. There are no labels, little in the way of explanation as to why the rooms are the way they are. Volunteers are on hand if needs be, but for the most part you are left alone to wander… and wonder. 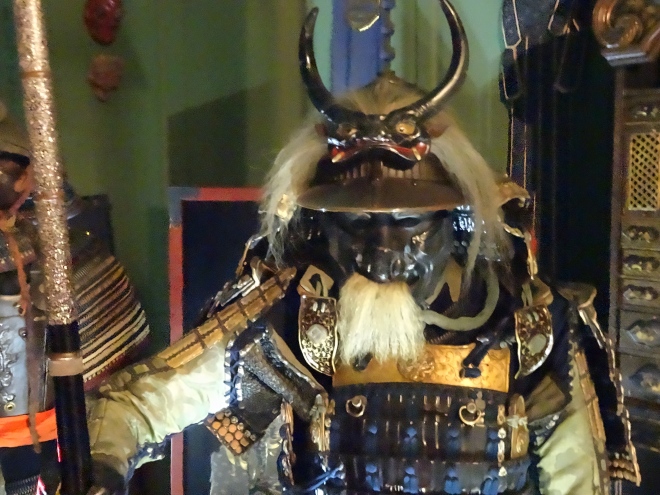 As you move from room to room, the feeling becomes ever more disorientating and claustrophobic. There is reason and design to the collection, but the sheer weight of visual load becomes ever more difficult to bear. There are 22,000 objects collected in the 22 rooms of the Manor. There is a room dedicated to musical instruments. One to bicycles, particularly boneshakers and penny farthings. There is a room full of samurai armour.

The collection is so huge that Wade was forced to move out, relocating to the adjoining Priest’s House. I’d love to say that it offers a respite to the onslaught. If anything, it’s even more deranged. Here is Wade’s bedroom. Imagine waking up every morning to this.

It’s impossible to take everything in. You begin to hallucinate, as the space reconfigures around you, your perception rewriting with every new burst of stimuli. I have never felt so strongly the impression of being watched, of being gently guided towards a place that I didn’t necessarily want to go. Some of the rooms were roped off. The official story was that there were not enough volunteers that day. I feel more that they couldn’t have people wandering in there without some form of protection. 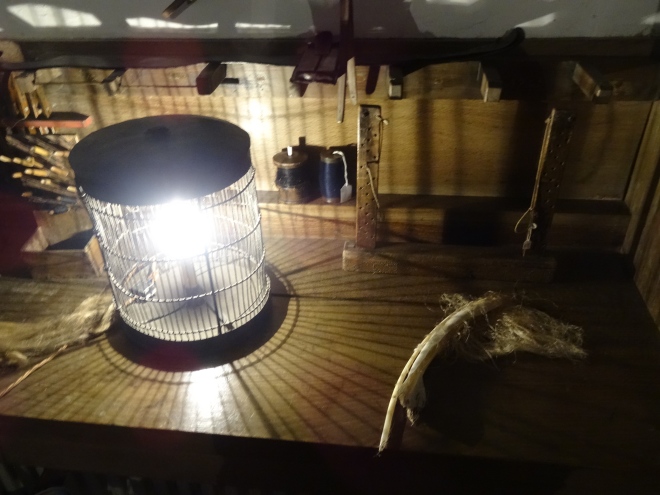 Wade was without any argument a man that understood the theatre of his collection, and there’s a performance at play. You’re sent on a labyrinthine route around the house, traversing a maze that becomes a jigsaw puzzle that becomes, ultimately, a trip through the corridors of Wade’s own head.

Or is Wade wandering through yours? There’s a strong feeling that the trickster left more of himself in Swanshill Manor than the National Trust is letting on. Is the place haunted? Hard to say. Would I care to spend a night here alone? You couldn’t pay me enough.

I make the place sound like the work of a isolated madman, yet Wade was personable and popular. He was visited by J.B. Priestley, Virginia Woolf and even royalty–Queen Mary stepped over the threshold. I can understand why artists would be charmed and amused by the sheer volume of the place. But there’s also a sense of relief when you find one last turn finally spits you out into the gardens, and you can feel the horizon open up again, and you realise how much the walls and ceilings have been closing in around you. 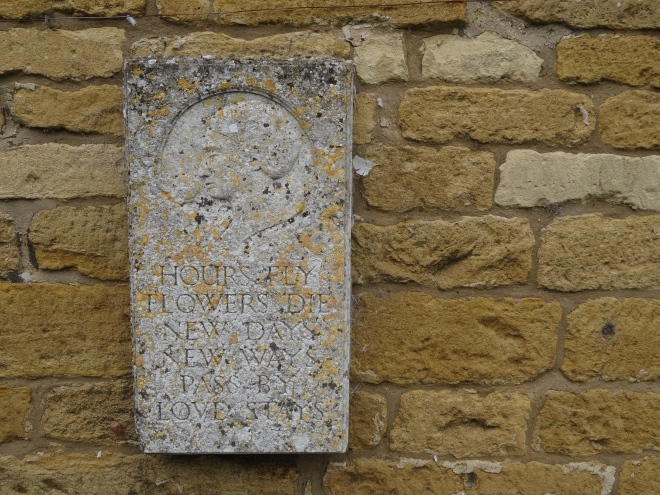 Snowshill Manor is a remarkable place, something close to a nightmare tucked into a crook of road close to some of the Cotswold’s prettiest towns and villages. Un-nerving and energising in equal measure, it’s a house possessed (and I don’t use that word lightly, Readership) with its own very particular character. I recommend a visit. Make sure you bring friends.

Snowshill Manor is open for most of the year. For more, check the NT site: https://www.nationaltrust.org.uk/snowshill-manor-and-garden