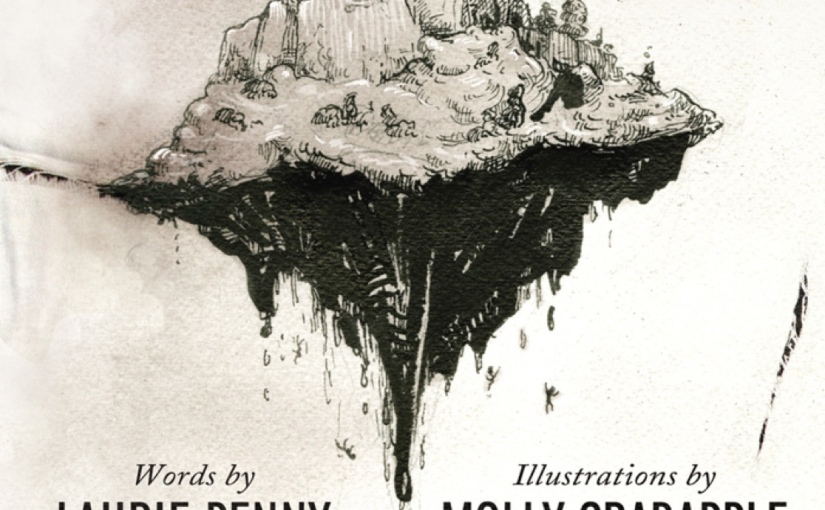 There's a problem with modern polemic journalism, and it's all to do with the G-word.

Don't get me wrong. I'm a big fan of Hunter Thompson's writing. Hell, I've expropriated his opening riff from Fear And Loathing In Las Vegas for a piece of my own (unpublished and will remain so) fiction.

But his work has such a heavy influence over journalism post-Gonzo that it's difficult to find a way clear of it, and remind ourselves that writers like Orwell and Twain had a lock on angry, boots-on-the-ground work long before Hunter and Ralph Steadman faced down a duststorm at the Mint 500.

Laurie Penney, writer for The New Review and The New Statesman, and a girl that knows how to wield a red Sharpie, has teamed up with cartoonist and chronicler of the Occupy New York movement Molly Crabapple to fire off a new shot in the war against the 1%. Discordia follows their exploits in Greece last summer, in the aftermath of a mean season of riots and strike action that nonetheless saw a right-wing, austerity-hungry government narrowly elected to power and start to turn the screws.

The easy tag line would be “A Girl's Own Fear And Loathing.” Let's not do that (even though Laurie herself acknowledges the precedence). Sure, Discordia shares some DNA with the earlier, seminal work–it's graphic journalism, with Molly's curlicues and fleshy linework replacing Steadman's stabs and inky jabs. The art plays off the words and vice versa, creating a duet. You couldn't successfully have one without the other. The two are as perfect a fit for each other as Steadman and Thompson.

The difference is in the setting and the message. Laurie and Molly don't have the luxury of a press pool or a fancy hotel to retreat to when things get rough. They're bedding down on floors, on sofas, sharing the bars, parties and demos of the young activists and writers they're writing about and illustrating. The sense of lives lived amidst chaos, of pleasure grabbed on the run is palpable.

What comes across most clearly is the fact that the fight isn't over. Strike action continues, demonstrations still take place, and the continuing struggle against the forces of austerity and a burgeoning fascist takeover with the growth of The Golden Dawn are told in Laurie's trade-mark terse, propulsive prose.

The joy of gonzo is the way that the journalist becomes part of the story, and that's very much the case with Discordia. Laurie is a hard-line veteran of innumarable protests and sit-ins, wrapped up in a tiny, elfin package. Molly, all big hair and high heels, is an artist on a mission. They launch themselves heedlessly into adventure and never mind the tears and bruises. As a witty post-script tells, Molly manages to get herself arrested on her return to New York as she returns to the Occupy barricades. It's increasingly easy to piss off a cop in America, especially if you dare to take their photo.

Discordia is a daring, tough and lovely piece of polemic journalism that doesn't care about objectivity or balance. Laurie and Molly went to Greece to tell the unreported stories, to show us the people that we'd normally never get to meet. The only balance these girls are interested in are the scales of justice, and Discordia makes it perfectly plain that they are seriously out of whack.

Discordia, by Laurie Penny and Molly Crabapple, is available to buy now.