Superheroes are notorious for not staying dead.

No matter how hard the writers and editors try, there's always the bottom line to worry about. How long can you have Superman comics without Superman? Dick Grayson can wear the cape for a while, but we all know Batman's secret identity, and it ain't no damn ward. Some heroes are on their third or fourth trip round the block, out of the cemetery and back on the streets. The worst offenders in the resurrection stakes have to be The X-Men.

I've lost count of the times that Jean Grey has been buried, and the recent X-Men: Days Of Future Past has made a virtue out of quietly returning Professor X to the chair–quite a feat even for a film whose modus operandi is to wipe the slate clean and sweep any inconvenient plot wrinkles under the carpet.

But how about James Logan Hewlett, The Wolverine? His X-gene healing powers make him well-nigh immortal and invulnerable. He's been pretty much flensed down to the adamantium-laced bone and still managed to come back swinging. 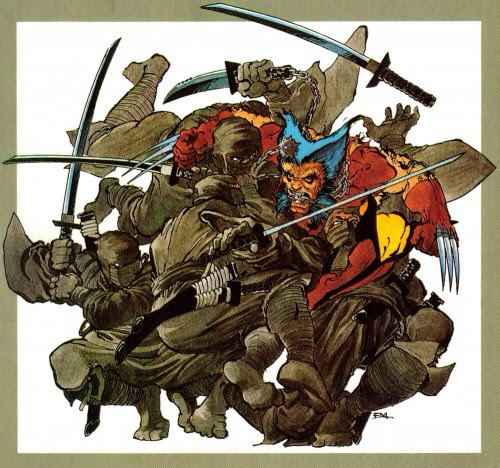 So, with how many pinches of salt should we take the announcement that Logan is to be killed off this autumn? Doctor Who writer Paul Cornell has already stripped Wolvie of his healing powers–now he's just a guy with a weaponised skeleton. The inevitable is only a matter of time.

We've been here before, of course. The iconic cover to the second issue of Days Of Future Past lays it out before you even get to page one. Logan caught in a Sentinel's repulsor blast, shredded to dog-chow, while the text breakout makes it even more starkly clear; “This Issue: Everybody Dies!” And so he does, although five pages later he's back on his feet, as Kitty Pryde fixes the timeline and restores the balance. In the world of comics, the mantra is always “same as it ever was.” 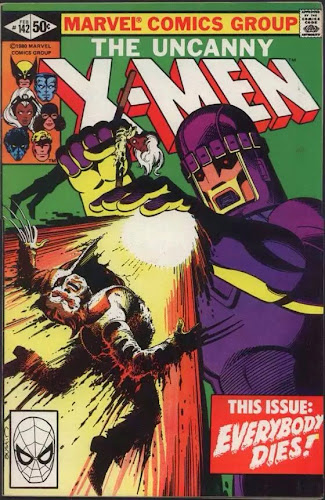 In volume three of his own title, Logan ends up in hell after sustaining injuries too serious for his healing factor to deal with. Even that isn't enough to stop the guy: he simply beats Azreal, the Angel of Death into submission. If hell can't stop him, then what can?

Well, let's consider that. He could potentially die by drowning, especially with the extra weight of his adamantium skeleton dragging him down. Another form of unobtania, the rare metal carbonadium, is also capable of radically slowing Logan's healing factor, as is the mystical Muramasa blade. Over the years, though, writers have amped up his powers to the extent that Wolverine has survived the full blast of an atomic explosion, and having all his soft tissue ripped away (so much for that Sentinal's repulsor blast). He just doesn't know when to call it a day.

Wolverine's abilities have even fitered into the world of science. His regenerative powers have been studied by the University of Columbia, who compared him to the axolotl, a reptile that can regrow severed limbs. They theorised that a protein similar to Amblox, which is found in the reptile's soft tissues, could be the cause of his signature way of shrugging off an owie.

OK, let's get real here. Logan may die, but he's not going to stay dead. There's too much of a vested interest in the character. He's in a heaping double-handful of current books, including a membership to The Avengers. He's one of the most popular, recognisable comics characters on the planet. Killing him is sadly little more than a stunt, and reader interest is, like the deaths of major figures before him, as much about his inevitable return and how it's pulled off.

Bub, you don't kill Wolverine. He's just too darn good at what he does. 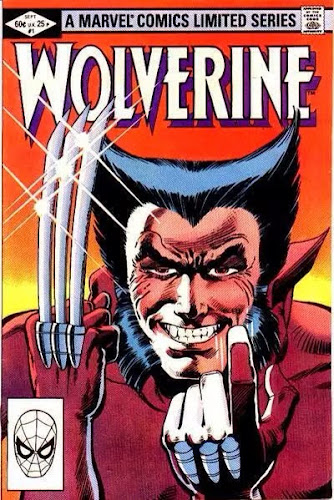