What do we do when the world ends?

(mild spoilers follow for Mad Max: Fury Road. But that's ok because you've all seen it by now, right? Right?)

It's the question at the heart of every post-apocalyptic movie. It's the motor that has driven movies as disparate as Threads and Zardoz, stories as different in approach as The Handmaid's Tale and The Hunger Games. The apocalypse is a powerful engine, with enough horsepower to pull along many different kinds of tale.

Effectively, apocalypic stories offer the writer a blank slate. A world wiped clean, onto which a new society can be mapped, obliterating the old order. That new world is, it has to be said, usually an bleak vision. There's precious little utopian fiction out there. There's little conflict or drama in a world gone right. I can think of one writer that's presenting a wholly cheerful view of a post-collapse world: Robert Llewellen. That's right, readership. Kryten from Red Dwarf is the only writer out there who believes that when the levee breaks, it's all going to be ok.

The thing is, I'm not convinced he's got the wrong idea. We are, as a species, much kinder and more tolerant than commentators would have us believe. Yes, there's a lot of horror in the world. Atrocious things happen on a daily basis. There's oppression, exploitation, inequality, war, starvation, disease. But lest we forget, a careful look at the metrics shows that we're living in a world with less conflict and a better standard of living than at any point in history. This, believe it or not, is The Golden Age.

What's more, we are not the monsters that the prevailing commentary would like us to be. When faced with disaster, we do the right thing every single time. The voices honking about the amount we give in taxes to foreign aid (0.7% of GDP, in case you were wondering) are drowned out by the generosity of ordinary people digging in their pocket and giving to disaster relief. We are inherently decent and tolerant, ready to help out when we can. Flawed, yes. Prone to making gigantic, horrible mistakes, absolutely. But I have to wonder, if the slate were wiped clean, what would society look like? 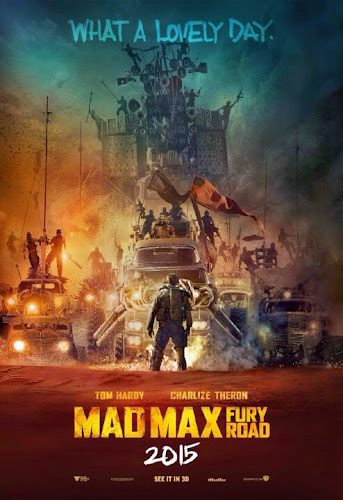 Which brings me, finally, to Mad Max: Fury Road. A singular vision of a post-collapse world that gives us the bleakest possible future. Faced with a chance to start again, director George Miller shows us what happens if we choose to return to a medieval structure. A lord in his castle, holding power through means of force and the control of the one resource that matters: water. Oh, and the exploitation of the only other resource available: the human body. Women are pumped for milk. Prisoners like Max are used as blood bags, sources of reinvigorating shots of plasma for Immortan Joe's sickly, failing War Boys.

But the point is that the world of The Citadel is one on the brink of failure. Rule by fear is a zero-sum game that only lasts for as long as the main bogeyman is around. I'm reminded of Mad Max: Beyond Thunderdome, where commerce gave society some kind of structure. Bartertown is well-named and Auntie Entity, for all her queenly airs, is at heart someone who believes in the unifying force of the market.

Immortan Joe doesn't even have that. He's a warlord, pure and simple. His trappings of power, his harem and high castle are not going to survive his fall. You're not seeing the birth of a dynasty in Fury Road. You're seeing the last gasp of the old ways, before humanity finally gets a grip on itself and finds a way to live together in the wasteland that those old ways left them with. 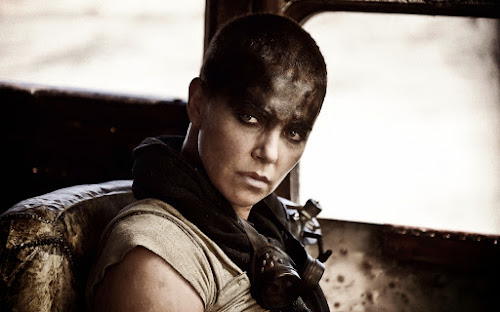 Mad Max: Fury Road is many different films in one: balls-out action movie, surreal art happening, feminist manifesto. But it's most successful to me as a sharp-eyed commentary on where we are now. Miller and his writers coolly recast the 1% as a mad-eyed monster in a skull-mask, with a version of trickle-down economics that's almost too on the nose. A situation that's built to fail.

Fury Road is a movie that rewards multiple viewings on different levels. The sheer amount of detail in the production design, the clever interweaving of schools of thought on society, religion, feminism, the nature of exploitation… it's a dense chunk of cinema to unpack, and greater minds than I are already on the case. I would simply note that any imaginary future is based on the writer's observations on the world he or she is living in. Beyond the car-flips and explosions, Mad Max: Fury Road is a resoundingly positive vision of a world where the grip of the old ways of thinking fails, and we can start afresh together, equal and unified.