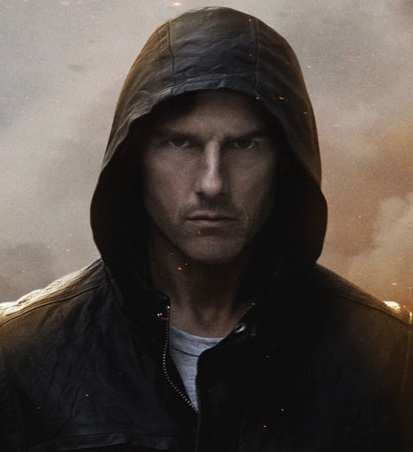 [The following communique is rated HIGH RED SECRET. Access is approved for readers who have viewed the dramatised briefing on OPERATION ROGUE NATION. All other access is UNAUTHORISED, and will trigger the destruction of the communique in five seconds. Open at your own risk.]

From: The Office Of The Joint Chiefs Of Staff
To: Hunley, A – Director, CIA

Sir:
We note with alarm the reinstatement of the covert operations unit known informally (as covert operations units inevitably tend to be) as the Impossible Mission Force. This action, six months after the long-overdue dissolution of Ethan Hunt's gang of cowboys, is folly of the highest order.

With memories still fresh and raw over the assassination of the Chancellor of Austria, we are deeply concerned that further disasters, undertaken as part of ill-defined “missions” run with little or no oversight, are inevitable.

Our main concern, of course, lies with the reactivation of IMFs lead agent, the aforementioned Hunt. He has been dis- and re-avowed on at least three occasions for which this office can find records. But the bewildering array of identities under which Hunt operates makes it impossible (if you'll forgive the weak pun) to accurately trace his movements and actions. We have been warned on many occasions, by ex-CIA director Eugene Kittridge amongst others, that Hunt is “a ghost”, able to vanish into another identity and country at will.

Which leads us on to the most disturbing question of all, Director Hunley. If we have no real idea who Hunt is, how can we be certain of his loyalty? Indeed, how can we be certain that he isn't a part of the conspiracies he claims to untangle? Some observers in our office worry that Hunt suffers from Munchausen's Syndrome by Proxy – that he actually causes the terrorist acts that he declares are parts of deeper and ever more fanciful conspiracies.

I refer you to the report that recently passed over the desk of this office on the incident codenamed Rogue Nation. We note that you had grave concerns regarding Hunt's stability when you shuttered the IMF (an act that you now describe as a ploy to winkle out deep-seated moles within the operation. This office remains unconvinced as to the veracity of this claim). Both you and Hunt make claim as to the existance of an organisation of disaffected former intelligence agents, banding together to make a new world order through the destabilization of the old. This network, led by a charismatic British agent called Solomon Kane, was involved in a plot to kidnap a Head of State and expropriate funds from a secret nest egg to which only this leader had access.

You have to admit, Director, it all seems a little far-fetched.

Worse yet, it is impossible (yes, that word again, it crops up a lot whenever we discuss Hunt) to find confirmation that would help us to verify your story. Of Kane, or the deep cover British agent Ilsa Faust who collaborated with Hunt on Operation Rogue Nation, there is no sign. The British government strenuously deny any involvement in the intelligence initiative codenamed The Syndicate. There is, naturally, no record of the virtual 'red box' on which both Hunt and Kane expended so much energy to find. The aforementioned Head of State appears confused on the issue, and toxicology undertaken on our behalf reveal traces of some highly unusual chemical cocktails in his bloodstream.

Director Hunley, if we take your briefing at face value, there is one person who has access to this 'red box' and the funds therein: our friend Ethan Hunt. Are we likely to see a full breakdown of the monies involved, which we understand tip into the billions, or a timeframe for their disbursement into Federal funds?

Allow us to summarise the situation as we see it. You now have nominal oversight over a covert unit whose movements remain invisible to the United States Government, whose operatives work with little outside guidance (or indeed knowledge), and who may now be independently and generously funded. We remain concerned as to how much control you actually have over Hunt and his gang, or indeed if you have not yourself been co-opted into his shadow world.

Given the circumstances, we have no choice but to request an urgent and extensive debrief with yourself and Agent Hunt on the unit's activities over the past two years, along with a full and complete breakdown of IMF expenses, materiel and other assets.

We await your response with interest.