We spent the weekend with TLC’s side of the family, parked in a row of 5 caravans beside a pretty fishing lake in the Warwickshire countryside. It was an excuse to chill, relax, kick back, doze out, laze around, flop about and generally be at one with nature. There were children, dogs and balls to throw at both. 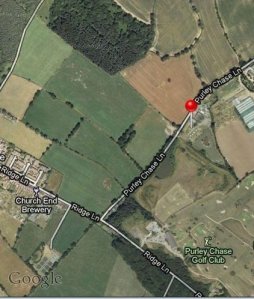 Oh, and we ate and drank like champions, which isn’t too tricky when you have five barbies, assorted gas grills and fridges groaning with beer and wine. As you can see from the map, there’s a brewery just down the way, which due to circumstances beyond our control I didn’t get to visit. I was assured by the sore-headed gentlemen of the group that it was very good, and well worth a visit.

It was as close to idyllic as I’d seen in a while, and yet another example of Britain’s countryside at it’s best. There was no power or facilities other than the ones we brought with us. And yet we had a great time. I didn’t even mind blowing up the air bed with a manual foot pump.

I’d do it again in an instant – although probably not in a tent. That’s a bit too close to nature. But caravans and camper vans are great, and anyone who thinks otherwise, or grumbles at being stuck behind one on the motorway has clearly never had a fun time on a lake. Their loss.

One thought on “The Sky Is Beginning To Bruise, And We Shall Be Forced To Camp”