For many people, the fact that a black and white silent movie can play the multiplexes of the world and lead the Oscar nomination list in 2011is a reason to celebrate. The movie in question is marvellou, part pastiche, part loving tribute to a long-gone era. But the thing is, everyone shouting about The Artist is only half right. Sure, it looks gorgeous thanks to Guillaume Schiffman’s luminous monochrome cinematography.

But The Artist is no silent movie.

(some spoilers after the cut.) 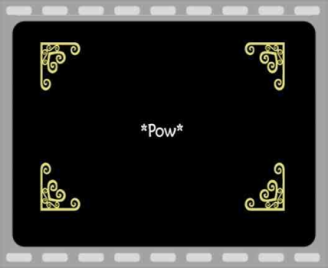 The Artist is a film with hardly any sync sound. Dialogue, sound effects, foley, all the stuff that we take for granted in the modern cinematic soundscape are missing. It is, however, saturated in Ludovic Bource’s lush score (along with an uncredited appearance for bits of Bernard Herrmann’s music for Vertigo) to the point where instrumentation starts to take the place of spot effects–the clatter of percussion over shots of typing, for example. There is maybe a couple of minutes where the music too drops away, and we are left with the pictures alone.

These moments, typically, are when director Michel Hazanavicius is at his most playful, dragging out the silence before an audience starts applauding, or messing with our expectations over a gunshot. But for the most part, the film and the music work together. The two scenes where sync sound does appear are almost jarring. It feels weird to hear the click of tap shoes on a floor, the clink of a glass on a table.

This is only to be expected. No-one would dream of sitting through a 100-minute film without sound. Even in the rarified atmosphere of a gallery setting it would be a rare and hardcore art fan that could sit through a completely silent feature-length presentation–and then of course there’s the argument that they are looking at a work of art rather than a film. It’s been proven that we do fill in the gaps with our imagination, and each of us will have a different idea of how George Valentin and Peppy Miller sound in our heads. But sitting in a darkened room with no auditory accompaniment gets difficult very quickly. I’ve sat in on rushes screenings of a ten minute roll, and no-one in the projection room lasted more than five before saying something.

Let’s not forget, of course, that even in the silent era, films came with a live musical accompaniment, something that still happens today for screenings of prestigious restorations. I’m amused by the fact that the newly released Blu-ray of the record of Scott’s sea journey to the South Pole comes with a newly composed score. Does a film called The Great White Silence need music larded all over it? Yes, I know, there’s always the volume knob, but still.

The point is that The Artist focusses on silent film star George Valentin’s refusal to accept the rise of the talkie. His silence becomes a matter of pride, and a cause of his downfall. “Why do you refuse to talk?” his wife says before she leaves him. Tellingly, she doesn’t add “to me”. The meaning is clear. She’s not just talking about the collapse of their marriage. Later, Valentin says, “No-one wants to hear me”. The director, of course, isn’t giving us the chance. And we’re not hearing a word of dialogue, of course–we’re reading them through inter-titles or lip-reading.

The conceit of silence gets a bit over-stretched at times. Clips from Peppy’s talkies are still shown in dumbshow, and Hazanavicius can’t resist breaking the vow in the last few minutes. But for the most part it works. Not just as the loving tribute to the silent era, but as a playful exploration on the synergy of sound of vision. You could argue that Mel Brooks was doing the same thing in 1976 with Silent Movie. But that film is again stuffed full of spot effects and music (and one cleverly done word of dialogue).

No, if you’re after a truly silent film, then I have the goods. My first Straight 8 film: A Silent Film About Sound. What can you hear at 2:03? Because when I first screened it, the whole cinema heard exactly the same thing.

One thought on “Hearing Things: The Artist and the illusion of silence”