Right-wing radio host and all-round screw top Rush Limbaugh thinks that the new Batman film has an explicit anti-Republican message. His reasoning? The villain of the piece is called Bane, and Presidential nominee Mitt Romney made his fortune through a company called Bain Capital. It's just all so clear and simple.

We shouldn't laugh too loudly at Limbaugh, easy as it might be. In some ways he's on the money. The Dark Knight Rises has plenty to say about power, corruption and lies. But as with all of Christopher Nolan's films, things are never as straight-forward as they appear.

The spoilers after this point are numerous and mighty. Be warned. 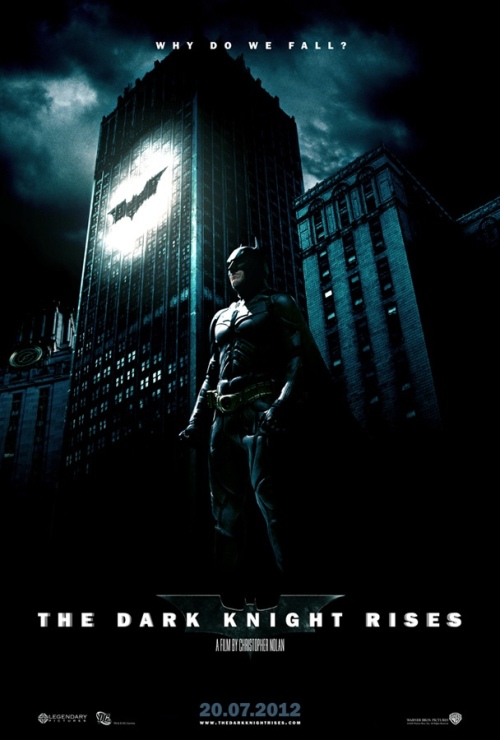 Curtain up. It's eight years after the Bat took the fall for the death of Harvey Dent, and for the two conspirators at the heart of the scam, things don't look good. The Dent Act, draconian measures put in place by Jim Gordon, has chopped crime off at the knees in Gotham. But the Commissioner of Police is torn apart by guilt. The peace he has won for his city has been born from a lie.

Meanwhile, Bruce Wayne is physically and spiritually crippled. Unable to move on, limping around stately Wayne Manor like a ghost. He has been broken by the knowledge that his city no longer needs the Batman. He is a relic of a darker time, described by the mayor merely as a costumed thug. A bad memory.

And yet, he is needed – by the other side. The terrorist known simply as Bane has plans for Wayne's toys, and an agenda that will finish the work his master, the shadowy Ras Al Ghul, envisaged for Gotham.

Bane is the anti-Batman. Dedicated, brutally intelligent, a creature with no room for mercy. This is not the wordless sidekick we first saw in the execrable Batman And Robin. Bane is in every way a match for the Bat, and he understands that Gotham and its masked vigilante are inextricably tied together. First you break the Bat, then you break Gotham.

And break it he does. Isolating the city from the rest of the world, he starts up a revolution, imprisoning the forces of law and order underground, reclaiming Gotham on behalf of the 99%. This is the point where Limbaugh and his ilk should sit up and take notice. Gotham becomes as bad as revolutionary Paris, with a kangaroo court ruled over, deliciously, by an old and familiar face. The two choices he offers the guilty–death or exile–are the same thing. For Bruce Wayne, that realisation is the trigger that brings him back to life, healed and ready to save his city one last time.

The Dark Knight Rises was always going to be an endgame. Both Christopher Nolan and Christian Bale have stated that they have no interest in going beyond the trilogy. It's an epic climax, pulling in threads and hints from the two previous episodes while remaining massively entertaining in its own right. Everyone is playing at the top of their game. Anne Hathaway is a smart, sassy revelation as Selina Kyle, the woman who has always known how to make the Bat work for the win. Nolan's preferred crew of supporting actors, from Michael Caine to Joseph Gordon-Levitt (you'll spend the last minute of the film grinning at the final reveal of the secret that he's tucked away) bring a warmth and depth to their roles that only makes it easier for the audience to buy into the inherent wackiness on offer.

It's filled with jaw-dropping moments, from the tremendous set-pieces to the shocking revelation as to who has been pulling the strings all along. There's plenty here to keep you thinking and talking long after the credits roll. Bane's revolution is a massive lie, a hard-edged satire on the fears of the 1%, and how they view any negative change in their circumstance as a criminal act. It takes a billionaire at the head of a violent army of police to restore order. Should we, knowing what we know about the power structure in Gotham, be cheering quite so hard as the status quo is slotted back into place? Does Bane perhaps have a point?

You'll rarely see a film that handles this level of complexity and nested themes with such care and grace, while at the same time delivering thrills, laughs and shocks by the barrow load. It's funny, sharp and gorgeous. It's not afraid to keep you guessing, and make you think. A packed and cheering Phoenix Picturehouse in Oxford bore witness to a film that I'm already tagging as one of my top five of the year. In a strong field for superhero movies, this is the one that everyone will remember.

It's been a long time since I applauded a film as the end credits rolled. I wasn't alone this time. TDKR took all our hopes and expectations, and rose effortlessly above them.

For another perspective, check out Kate’s view at Moviebrit. She’s not the Batfanboi that I am, and therefore has the critical distance that I lack.

One thought on “All Rise: X&HT Saw The Dark Knight Rises”