The big problem with adapting any popular comic book hero for the big screen is the huge amount of history that needs to be addressed–or at least acknowledged. 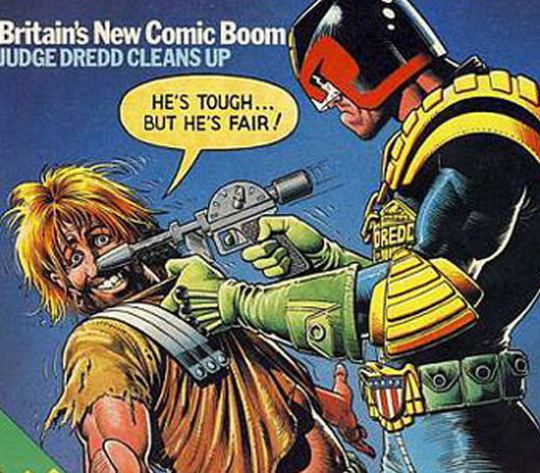 Consider. Batman’s been around since the thirties. Most of the Marvel heroes have been saving the world on a monthly basis since the sixties. That’s a hell of a lot of back-story to cram into two hours. It’s one reason why comic-book films can come across as both bloated and rushed, as writers and directors try to cram in origins, secondary characters, nods to obscure back-stories and multitudinous costume changes. Look, look, we understand how important these characters are to you nerdy types. See? Here’s a reference to the 1978 Infinite Betrayal arc!

Meanwhile, people who know nothing and care less about the shocking events of The Infinite Betrayal turn away in their droves. Fanboys feel both patronised and short-served by the fact that a generic origin/threat/loss of loved one/other threat boilerlate script has been dumped onto their favourite character, and how dare they think we wouldn’t notice that they got the hairstyle of the Betrayer wrong? It’s a slippery slope leading to a greased tightrope, and I’m amazed anyone bothers with them in the first place.

Dredd is so successful because it’s aware of all the pitfalls, and works incredibly hard to make sure they’re avoided. Part of this is, of course, that the Judge has been through all of this before, in the 1995 Sylvester Stallone adaptation. Director Pete Travis and writer Alex Garland, along with the savvy production team at DNA knew that they had a chance to take a crack at the character that could finally wipe the stink off.

Giving a big drokking damn about getting the approach right was the important first step. The team talked to Dredd creator John Wagner, and got fan-fave artist Jock on board to do concept art. Garland spent a year on the script, discarding two stories that were adaptions of well-known Dredd multiparters (including a take on Judge Death that could really work as a sequel) in favour of a simple, sharp, day-in-the-life approach. Elements of a ton of different Dredd tales have been rolled into that script; the rookie’s appraisal, the fight in a locked-down block. Anyone that considers that Garland’s script owes too much to The Raid (and I’ve been assured by people that really should know better that Dredd was actually based on an early draft of Gareth Evan’s story) simply hasn’t read enough 2000AD. By spending time and giving respect to the source material, and not thinking they know better than the guys that created the character and made him a success, Travis and Garland have given themselves a fighting chance to get things right.

The low budget of the film also works in its favour. Because DNA and Reliance didn’t have the money to build Mega-City One at Shepperton, they started thinking creatively. Johannesburg locations, with a bit of CGI, stands in for the city-blocks, and gives the place the look and feel of a gigantic favela, a car-crash of Latin American and South-East Asian slum culture. Everything feels scruffy, jury-rigged, on the verge of collapse. Even the information technology on show is low-res and static-prone. No fancy holo-tables or floating displays here. It’s dot-matrix and scrolling LEDs all the way. This really brings home the need for the Judges and points out the imposible job they face. There are no flying cars, no moon colonies. This is all that’s left, and it’s falling to bits.

Making Mega-City One more explicitly post-apocalyptic, combined with its near-future, no-frippery setting cleverly gives the film much more resonance to a modern film-watching audience. There’s no room for the surreal, satirical edge that’s very much a part of the comics. Which is a shame, but understandable. There are plenty of nods and winks in Dredd for the fans, if you keep your eyes open. Check out the names of the city-blocks. Keep an eye on the graffiti.

Of course, none of this would be worth a brass cred if the wrong man wore the helmet. Karl Urban gets it spot on, considering that his acting all has to take place below the nostrils. He’s a beefy, solid presence, an embodiment of The Law. The voice is a throatful of gravel. The chin is a solid wedge of gristle and bone, unforgiving as a cliff. The one-liners are as good as the classics in the comics. The influence of Clint Eastwood’s Dirty Harry is clearer than ever. And of course, this time the helmet stays right where it belongs, glued in place. More on the reasons why that’s important here.

The casting throughout is right on the money. Olivia Thirwell makes for a fragile but determined Cassandra Anderson, less sassy than her comic counterpart, but this is, in effect, her origin story. Lena Headey is the queen of tough SF and fantasy females, and Ma-Ma is as regal, brutal and uncompromising as Cersei or Sarah Conner.

Readership, what we have here is the most successful comics adaptation of the year. Lean, hard, brutally, gleefully, absurdly violent. Ferocious, fearless, non-fuck-giving. Also, somehow, remarkably, it does nice things with the 3D and didn’t give me a headache. That’s a first. The slo-mo sequences andAnderson’s psi-interrogation both show that Pete Travis is a director unafraid to play with the format. There’s more here than simply bullets flying into the auditorium–although admittedly there’s a lot of that as well. It’s gorier than a lot of horror movies. This is not a bad thing.

I’m of the generation that grew up with Dredd, that wept at the Stallone film. He’s a defining character for me, one of my gateways into the world of comics, and a wake-up call that there was more to SF than Asimov and Heinlein. By engaging with that fanbase, with my people, not talking down to us and coming up with something that works both as a hard-as-plasteen action flick and a celebration of one of the most recognisable figures in British comics is a major ask that Travis and Garland have pulled off with aplomb.

This is one to see, Readership. A serious drokking contender for my film of the year.

Incidentally, the official soundtrack, a throbby, synthy powerhouse by Paul Leonard-Morgan, is nicely complemented by Geoff Barrow and Paul Salisbury’s unofficial Drokk, music inspired by Mega-City One. I’ve dumped both, plus a few choice cuts from the 2005 soundtrack, into a Spotify playlist.

Listen up, or it’s five years in the cubes, creeps.