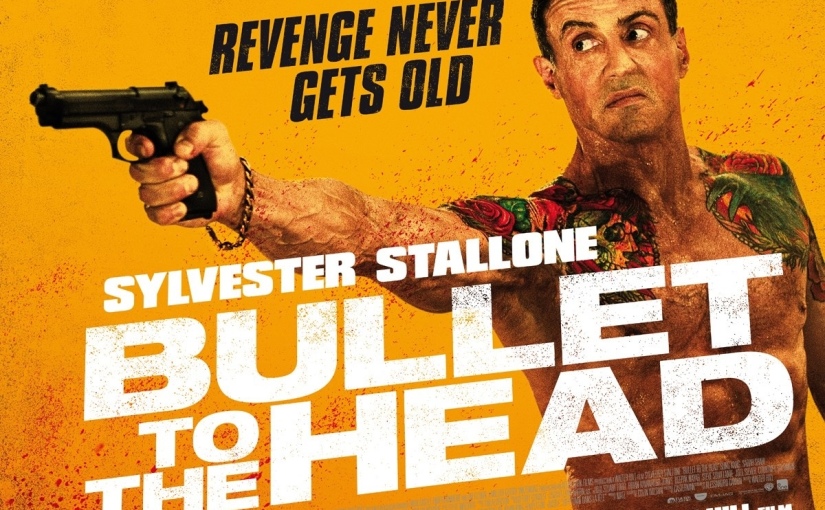 As I enter the saloon, I see them: Sly; Bruce; Arnie; JCVD; Dolph; Seagal. ‘80s Action made flesh.

They trade shots of whiskey and tired quips with the tattooed barman. Everything here is worn, weathered and the colour of tobacco. Add in a few six-shooters and we could be back in the Old West. I’m here to meet another veteran of ‘80s American Cinema – a hero of mine – Walter Hill, writer, producer and director of numerous action classics including ‘The Warriors’, ‘The Driver’ and ’48 Hrs’.

But he’s not here yet, so I wander over to the jukebox and flick through the choices. There’s nothing here pre-1988. One song catches my eye and I grin and punch in the requisite code. The song comes on: “Glory Days” by Bruce Springsteen. You can’t go wrong with The Boss, right? Wrong. All conversation stops, twenty pairs of eyes turn to stare at me. Suddenly I feel about 200 lbs of muscle, 30 years and 6 tattoos too light for this situation.

“Hey!” The barman barks at me and stabs a finger at a rusted sign above the bar.

He punches something behind the bar and ‘Glory Days’ gives way to third-rate Blues-Rock. The conversations around the bar start up again and just then I’m clapped on the shoulder by a living legend: Walter Hill.

‘Okay kid, this is your fantasy, and we both know you’ve never actually met the real me. So, where do you want to do this?’

‘You’re buying. And you better not keep these good folks waiting for their review much longer.’

Hill grunts in reply and holds up two fingers to the barman. We sit, and two shots of ‘2 Bullet’ bourbon arrive. He downs his in one and then pulls out a chrome-plated revolver. The chamber pops out and he slides in one ’45 bullet and spins it. He puts the gun to his temple. “Let’s play a game. I call it: ‘Bullet To The Head’.’

‘Bullet To The Head’, is an action movie/buddy movie hybrid adapted by screenwriter Alessandro Camon (‘The Messenger’) from the graphic novel ‘Du plomb dans la tête’ by Alexis Nolent. Sylvester Stallone (‘The Expendables 2’; ‘Rocky Balboa’) plays James Bonomo, a veteran hitman who is forced to team up with straight-arrow cop Taylor Kwon (Sung Kang – ‘Fast & Furious 5’) to take down the Underworld bosses who double-crossed him and murdered his partner.

Before I can stop him, Hill pulls the trigger: Click! He shovels the gun over, “Your turn.” I hesitate and the barman breaks a bottle. “You heard the man,” he echoes. I down my slug of bourbon and hold in a coughing fit. The barman chuckles and taps his jagged half bottle on the bar. I pick up the gun (heavier than I was expecting) and place the barrel (cold) to my temple. I pull the trigger…

‘Bullet To The Head’, action fans will be glad to hear, avoids one recent pernicious cinematic trend: the de-balling of action films to get the widest possible audience. Both ‘Taken 2’ and ‘A Good Day To Die Hard’ have been released pre-cut so as to get a 12A certificate in cinemas. They then get released to DVD/Blu-Ray/Download in an ‘Extreme Cut’ with all the violence that the distributor cut from the movie now restored.

Like Stallone’s ‘Rambo’, ‘Bullet To The Head’ is brutal and (as might be expected) Old School in its action sequences. In Jason Momoa (‘Conan The Barbarian’(2011); ‘Game Of Thrones’[TV]) it has a charismatic bad guy, and his fights with Stallone are the highlights of the film. Despite his increasing years, Stallone keeps things surprisingly hands-on. Unlike, say, Steven Seagal, he has retained a mobility that belies his steroid-bulked physique. There are (of course) guns and explosions here, but most of the important battles keep it mano-a-mano.

​Unfortunately, that’s where the good news ends as the buddy element of this movie falls flat. Stallone’s ‘buddy’ Sung Kang is a bland presence and their chemistry is non-existent. It doesn’t help that the movie’s idea of police work is for him to pout and make calls to an omnipotent Police IT department whenever he needs to find something out. There’s also a tired cameo from Christian Slater, who’s almost unrecognisable from his days as a dangerous presence in superior teen movies like ‘Heathers’ and ‘Pump Up The Volume’. And surely if we’re going to watch Sly play a hitman for the Nth time, they’ve got to bring something new to the table, right?

Click! I breathe out heavily. The Barman snatches the gun from my hand before I can contemplate any escape, and passes it to Hill. “Looks like it’s your lucky day,” He smiles. “My turn…” He picks up the gun. Again the barrel goes to his temple. “Ever watch a man die, Kid?” I shake my head. He pulls the trigger…

I’ll admit I was glad when I heard that Walter Hill had returned to the Big Screen for the first time since 2002’s ‘Undisputed’. But like another couple of ‘80s giants who’ve recently had directing comebacks after a long time away – John Carpenter (‘The Ward’) and John Landis (Burke And Hare’) – much of his success was built on the foundation of his writing. Whether it was alone, on the likes of ‘The Driver’, or with his regular screenwriting partner David Giler on films like ‘Alien’ and ‘Southern Comfort’, those scripts boasted a lean, stripped-down approach that built on the pioneering work of Alexander Jacobs (‘Point Blank’; ‘Hell In The Pacific’).

It’s interesting that neither Hill, nor the two Johns wrote the screenplays for their comeback movies. Now whether that’s because they’ve stopped writing, or because they couldn’t get financing for their own scripts – either way it’s our loss, and a reflection on how little the writer part of writer-director gets recognised.

Hill directs the action bits of ‘Bullet To The Head’ with his customary no-frills approach. He also clearly favours those parts of the story which cleave closest to the Western and its mythologies. Like John Ford, Hill has always been a director who made westerns, whether literally in case of ‘The Long Riders’, ‘Geronimo: An American Legend’, ‘Wild Bill’ (or his TV work on ‘Deadwood’) or whether in modern dress efforts like ‘Streets of Fire’ or ‘Trespass’. But even he can’t save a script which is this dumb, generic and boring. However, I don’t necessarily blame screenwriter Alessandro Camon for this. The rot goes a lot more deeply than that.

You get the feeling is that everyone involved in this film at some stage said: “That’ll do.” Okay, they’re not curing cancer, and you don’t necessarily need to re-invent the action wheel each time; but I expect more from both Hill and Stallone. There’s a world-weary cynicism to the hard-boiled voiceover that Sly intones at the end that really sums up the film. I’ll not quote it here to avoid spoilers, but it left me thinking, “If that’s how you felt, why did you bother?”

Click! This time he puts the gun in my hand and puts the chamber to his forehead. “Do it,” he orders. I look into his eyes. They’re pleading me to finish this. I pull the trigger: Pffftt! A misfire… Hill looks at the gun quizzically. “Guess they don’t make ‘em like they used to, eh, Kid?”

4 thoughts on “Firing Blanks: Clive Saw “Bullet To The Head”.”