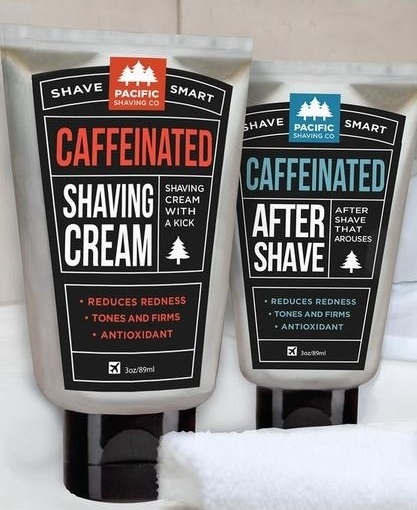 This is a story of how to do an Indiegogo project right. 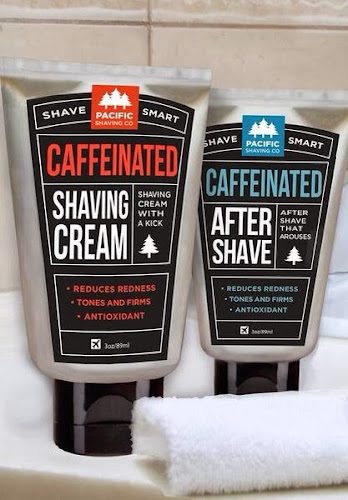 I hate to shave. It's an annoyance, it takes time, and I'll end up, if not bloody, then sore around the chops. I'd have a beard, but TLC informs me that if that happened I'd also be single. So, I suck it up, and scrape my face twice a week or so. For love.

Now, I hate to shave, but I love my coffee. I have a Barstucks app on my Nexus that gets nearly daily usage, a burr grinder at home, and I get through the filter jug at work like the stuff's going out of fashion. I'm a slave to the buzz, people. I even tried Alpecin caffeine shampoo once, and boy, was that a let-down. Not enough juice in it to give the kick of an espresso.

But caffeinated shaving cream? I was tickled by the notion, and cheerily retweeted the link I'd found through Uncrate. A thirty-second joke, a mild amusement.

The company that are Indiegogoing the product, Pacific Shaving Co, are a small husband-and-wife team, who already have a successful range of creams, aftershaves and balms. The caffeinated stuff is an addition, and they needed ten grand to launch it. Small means mobile, and fast to respond. Pacific Shaving were quick to respond to my little joke, retweeting and replying to it, as well as following me on Twitter. It was simple good manners for me to respond in kind.

Over the next week or so, PS Co. popped up on my time line, cheering when they hit their funding target. I cheered with them. I was warming to the notion of caffeinated shaving cream. A lot of cosmetics already contain caffeine, as it's a vasoconstrictor–it reduces redness, and makes skin look a bit younger. Ideal when you're scraping a blade across your face.

Then, yesterday, as I was idly flicking through Twitter on my way into work, I saw this.

Who's going to be the one to put our caffeinated shaving @Indiegogo campaign over $20K?? http://t.co/jslYH5UNJk

Hmmm. I clicked through. The campaign stood at $19,975. 25 bucks would put them at the magic figure, and there were some great deals and packages on offer. I couldn't resist.

Readership, I bought some. Although it was an impulse purchase, it didn't feel that way. I had become engaged with the brand, my interactions putting me in the mindset to buy. It was fated to happen. All I needed was the nudge.

Me. RT @pacificshaving: Who's going to be the one to put our caffeinated shaving @Indiegogo campaign over $20K?? http://t.co/TjUtfzbdln

The big question was, would they say thanks? Did I now have a relationship, however tangential with the brand? Simple answer?

@Conojito @Indiegogo Henceforth today shall be known as #RobWickingsDay. Thanks for the support!

And that left me with a big smile on my face for the rest of the day. My own hashtag. How cool is that? It was gleefully played with.

Apparently today is #RobWickingDay. How has @Conojito touched your life? Point to it on this doll.

@KaijuIndustries @Conojito I'll be celebrating #RobWickingDay the traditional way: rocking back and forth in the corner, weeping silently.

(we won't mention the mis-spelling: I'm used to it).

But the simple fact was that the tedious chore of buying shaving cream had transmogrified into a lark, into a bit of a game. And that turned a half-afterthought of an RT into a solid sale. PR companies charge good money to get that sort of interaction. Stan and CC at Pacific Shaving have the gift to do it effortlessly. The fact that I not only know the names of the people who run the company but that I have engaged with them on an email conversation tells you how well this little transaction has gone.

So, what have we learnt? A good Indiegogo campaign is not just a storefront. It's a chance to show off your brand as a whole, to engage with present and future customers in a very direct manner. If you're smart, it can be as important a part of the project as the product and the perks. Let's put it this way: I appear to have become a cheerleader for Pacific Shaving Co., and as I said at the beginning, I don't even like shaving. Selling a product that the customer didn't even know they wanted? Priceless.

The Indiegogo campaign for Pacific Shaving Co.'s Caffeinated Shaving Cream and Aftershave runs until mid-February. They've secured funding, so you're guaranteed to get the product, and there are some very tempting deals on offer if you choose to contribute. If you like to be awake when you shave, this might just be the stuff for you.

One thought on “#RobWickingsDay, or How I Helped Pacific Shaving Co. Raise $20,000”