Last week we looked at the notion of a Blake’s 7 reboot, and I gave my version of what it could look like. But who would we cast in a B7 for the 21st century?

It’s a tricky one. Blake and Avon change significantly through the course of the series. Blake becomes much more driven, becoming fanatical and almost monomaniacal in his thirst for revenge against the Federation. Meanwhile Avon, always King of the Nerds, becomes the alpha male of the group.

Our very own Leading Man, Clive Ashenden gives us his thoughts on the subject…

Why? Believable as a charismatic rebel leader who can unite a disparate and fractious crew. He can also do tortured nobility in his sleep (see ‘Luther’) and would be a great stylistic contrast to to Avon.

(Rob adds: The ‘Luther’ comparison is a good one. He’s not averse to hanging villains off bridges to get what he wants, after all…)

Why? It maybe almost too on the nose, this casting. The initial series one characterisation of Avon as a computer genius who pursues his own agenda and isn’t good with people – is very similar to a certain Baker Street based detective. His ability to land an barbed comment or acid retort is unrivalled.

(Rob adds: let’s not forget his turn as Khan in Star Trek: Into Darkness. A complex character whose loyalty is constantly changing–at least, to our eyes. Under it all, he has his own agenda.)

Why? He may be better known for his more serious roles, but as an actor he’s no stranger to comic business on stage and on TV (‘Count Arthur Strong’). Can anchor the crew in a similar way that Michael Keating did in the original.

(Rob adds: Vila isn’t just the comic relief, and this is a great opportunity to give the great survivor of the group some dramatic meat).

Why? A better actress than she sometimes gets credit for (see ‘Byzantium’), she can also do the action-heroine thing to ensure this Jenna remains a female Han Solo rather than getting stuck with the Liberator den-mother role.

(Rob adds: viewers of the otherwise-dreadful Prince Of Persia will note that our Gemma has action-movie creds, and I agree with Clive that she’s more than capable of swashing a buckle or two.)

Why? Great actress (‘Oblivion’; ‘Shadow Dancer’) who could bring out the telepathic alien side of Cally, as well as the cool, driven and brittle guerilla fighter.

Why? Man-mountain lead of ‘Outpost; Rise of the Spetsnaz’ with enough screen presence and acting chops to do more with the tragic backstory and brain-inhibitor stuff.

(Rob adds: a left-field choice here. Not familiar with the actor, but Gan was always under-used, and it would be fascinating to see more made of a clearly damaged warrior who has lost the ability to fight.)

Why? Already a veteran of video game voice work as well as an accomplished comedian and comic actor. Zen would be no problem at all, but I’d be really curious to see what he could do with Orac – maybe something different to the prissy character we’re familiar with?

(Rob adds: a true chameleon, about to become well known to global audiences as the Nova Corpsman who dismisses the Guardians Of The Galaxy as “a bunch of a-holes.” His skills in impersonation are well known: Orac as Paul McCartney, perhaps?)

Why? Glamorous? Check. Capable of bringing both humour and menace? Check and check. It looks like we may get to see her play a real villainess in the new series of ‘Doctor Who’, but making Servalan more than just evil would surely be an irresistable challenge.

(Rob adds: spot on casting here. Keeley Hawes as Servalan brings a touch of class, and a villainess with depth and power. To play the part, you need an actress who you believe could rule the galaxy with an iron fist. I buy Keeley Hawes totally here.)

Why? See his work in ‘Ashes to Ashes’ and you’ll note how he’s good at bringing surprising things to characters who could be one-note villians. Also – good chemistry with Keeley Hawes (again see ‘Ashes to Ashes’)

Why? See our Blake’s 7 podcast for evidence of his clear affinity with this character…

(Rob adds: that’s still to come, of course. I have no problem with either casting (and I can really see Keith in leather and an eye-patch) but a couple of alternate suggestions to spring to mind here. How about:

or while we’re at it, why not play around and gender-switch the character?

and Natalie Dormer, anyone?

anyway, I digress. Carry on, Clive.)

My alternative re-casting would be to go YA with the Liberator crew and cast much younger. eg. Jennifer Lawrence as a gender-switched Blake.

As you can see, Readership, recasting Blake’s 7 is one of those pub conversations that rapidly spirals out of control. I have plenty of other suggestions that spring to mind… but what would be your dream cast? Hit us up in the comments, and don’t forget to listen out for the podcast that started all this off. 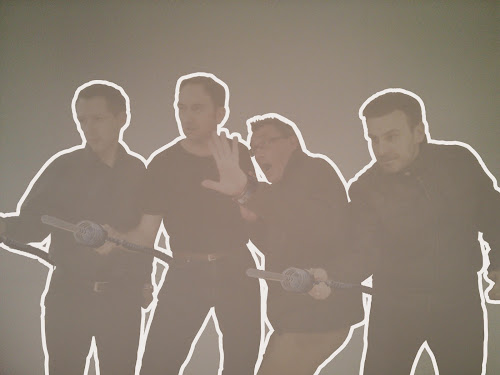