A rare treat for the good citizens of Reading (or at least those, like TLC and I, lucky enough to get a ticket) as the Town Hall played host to the brilliant Stephen Fry. He was there to open the inaugural Town Hall Lecture, hosted by Reading University whose vice-chancellor was on hand to master the ceremonies. The idea of the series: to talk about aspects of the town. When the opening subject was chosen, the choice of speaker became obvious. When you want to talk about Oscar Wilde, there's no better man to lead the discussion than Stephen Fry.

Of course, there's a strange tension at the heart of the relationship between Reading and Wilde. We choose to celebrate his stay here, even though it was under the most miserable of circumstances. His incarceration for “crimes against nature” would bear fruit in arguably his most famous work: The Ballad Of Reading Gaol. It wasn't like he came here out of choice, though. It's a delicate balancing act: acknowledging the relationship between the town and the man for both the best and worst of reasons. 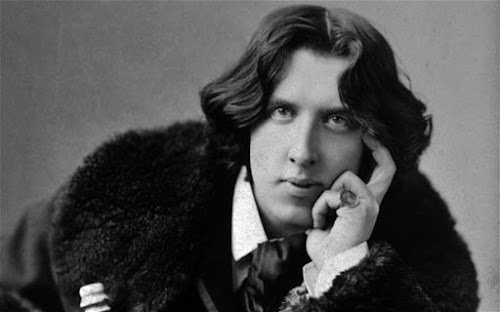 Fortunately, Fry's lightness of touch made the evening at the Town Hall the unalloyed joy we all expected. They are in many ways alike: skilled wordsmiths, effortless wits. The two look similar, of course, to the point where Fry played his hero in Brian Gilbert's well-regarded biopic. Stephen gave us some stories about the making of that film, and pieced together his love for Wilde in a talk that, while seeming to meander aimlessly, had a solid structure. We may have gone off the main path on occasion, but we were always secure in our final destination.

We were encouraged to tweet during the talk, but to be honest that would have meant missing out. It was better to simply sit and listen, to let the stories come. This was a rare opportunity, and one that deserved our full attention. This is a man that could effortlessly drop five anagrams for “Reading” into his first five minutes on stage. You can't hashtag that sort of fearsome intellegence.

How does Reading celebrate Oscar Wilde? With the closure of Reading Gaol in 2013, there's an opportunity to make amends, perhaps, to turn the listed building into an arts centre or theatre. I like to think that Oscar would enjoy that notion, particularly if the re-opening was marked with a performance of one of his plays. No decision has yet been made on what to do with the place. That seems a shame, and yet understandable. It's almost as if we need to give the old place a bit of time to air out, to let the darkness in it leach away.

Reading's relationship with one of our greatest writers has always been complicated. But there's room for a proper reconciliation, I think. It's a sign of how far we have come that a celebration of Wilde, incarcerated for the way in which he chose to love, should be hosted by a man who is able to marry whoever he likes without censure. That too, I think, is something at which Oscar would smile.