A March For Science. Seems like a crazy idea. Like staging a march for gravity, or the moon. We live with the very clear, quantifiable benefits brought to us by scientific research, innovation and discovery. From the SF-nal qualities of the mini-computer in our pockets, to our home comforts, even to the way we prepare our food. Let’s not forget, it wasn’t that long ago that indoor plumbing was rare, and cooking was done on a wood or coal-fired range. By any reliable metric, we’re living in a golden age.

But science is under threat, just when we need it the most. Research projects into vital areas like climate change are being defunded or slashed. Anti-vaccination rhetoric has led to outbreaks of diseases like rubella that were thought to be extinct. According to gnome-sized Pob-alike Michael Gove, people are ‘sick of experts.’ In the Age Of Trump, and with the looming trash-fire of Brexit already casting a shadow over staff and funding for British science, the outlook is bleak.

Suddenly, marching in support of the community seems like a good idea after all. 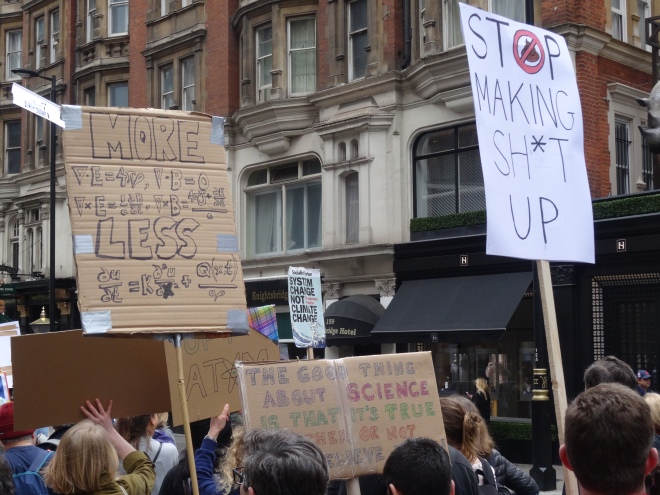 I joined hundreds of thousands of people worldwide on Earth Day, April 22nd, to take to the streets for science. The London March started (where else?) at the Science Museum, winding past Hyde Park, up Piccadilly before convening at Parliament Hill. The mood, like the weather, was sunny. This was a celebration as much as a protest. White lab coats, terrible puns and jokes involving equations were everywhere. Heading towards Trafalgar Square, a bloke cycled past yelling “nerds!” We all cheered. Damn right. Nerdy and proud. 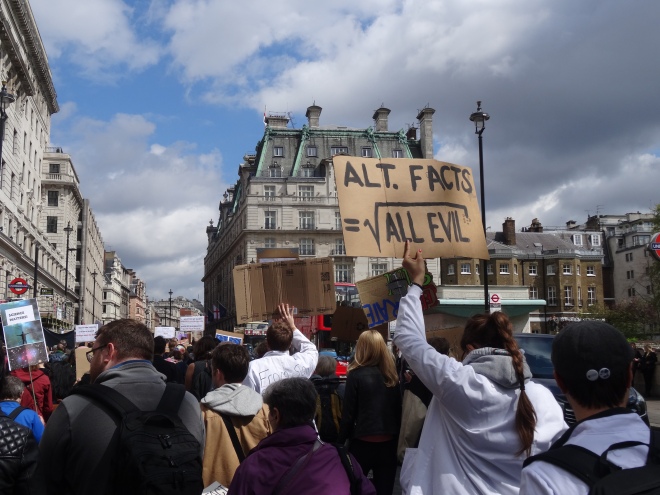 Scientists are not natural joiners, for the most part happy to hole up in their labs and do the good work. So there was a giddy sense of ambling out of the comfort zone, of not quite believing that we were here, and that there were so many of us. And that we had so much support, from both the public and a few very well known names… 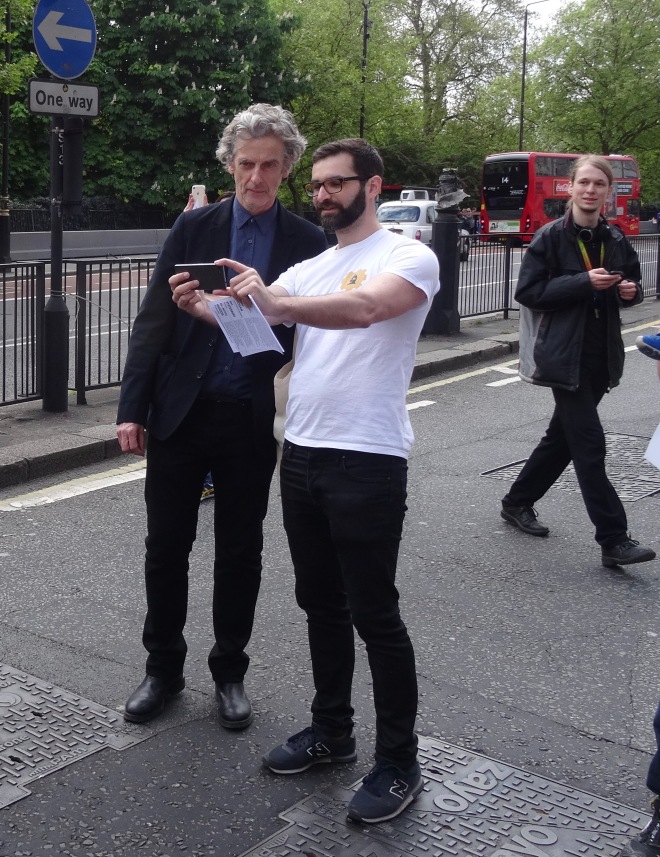 Of course, there were chants. “What do we want? Evidence-based policies! When do we want them? After peer review!” Our banners were shonky, home-brew affairs, cobbled together from cardboard, drainpipes, duct-tape and even Lego. It seemed appropriate. British science has always been run on a shoestring, powered by imagination and lateral thinking. 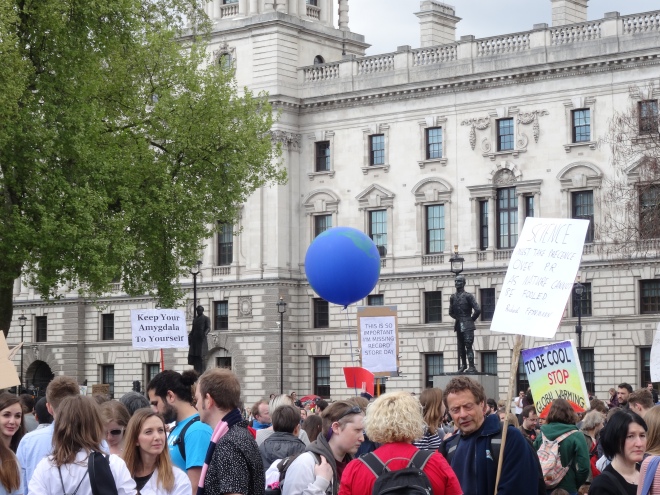 At Parliament Hill, we gathered to hear speeches from names like Cosmic Shambles star Robin Ince, and finished up with a sing-along to Monty Python’s ‘The Science Song’.  What else would we have done? The theme from The Big Bang Theory? 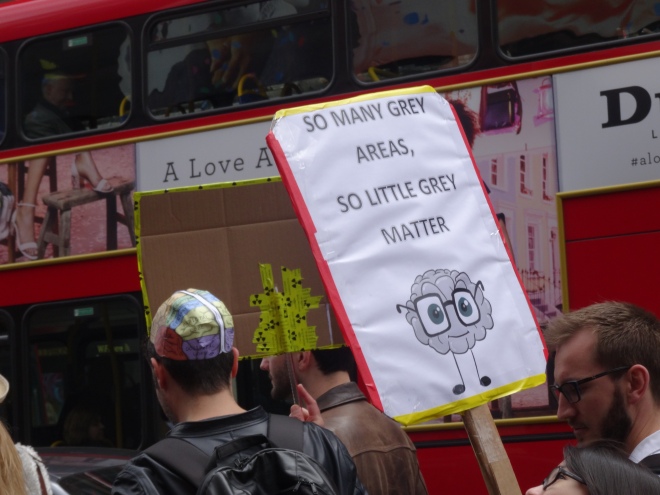 This was my first ever march, for a cause in which I wholeheartedly believe. In an age of alt-facts and pseudo-science, sometimes you need to make a stand for the truth. And if you have to do it in the company of 12,000 nerds and geeks, well, so much the better. 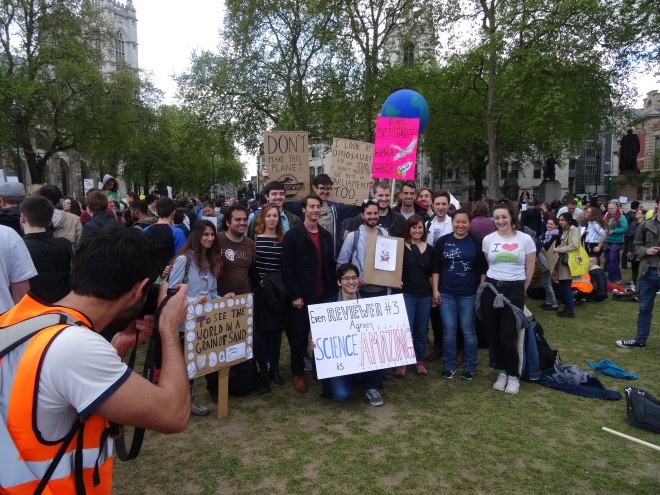 They are, after all, my people.

In celebration of the day, and the work that comes after, I’ve fired up Spotify and put together a March For Science playlist. Feel free to suggest additions.