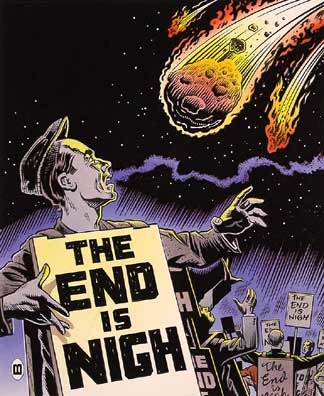 I will look back on 2012 as the year that I finally stopped procrastinating.

I started putting my writing out into the marketplace, both as a contributor to anthologies and a novelist in my own right. I took on new writing challenges and found myself rewarded for them. I had the chance to read my work in front of an audience, and talk about it on local radio with a figure I remembered from my childhood.

Much as I hate to keep banging on about it, it was a year that, as it ends, finds me with five author entries on Amazon. A couple of years ago that would have been unthinkable.

I look back on 2012 and feel no urge to sit back on my laurels. That was fun. What’s next?

Good question. I sat down a few weeks ago and wrote out a rough plan of the work I wanted to do. The stuff that’s clamouring in my forebrain, eager to be out in the world, as well as the work I’ve promised to other outlets. That plan took me through to spring 2015, and doesn’t provide any room for new projects or unexpected offers. It’s going to be a busy time for me. It isn’t just that I don’t feel the urge to rest on my laurels. I don’t think I’m going to have the chance to do it.

That’s to come. I thought it might be nice to take one last glance back over my shoulder, and note down the books, music, films and so forth that I enjoyed the most over the past 12 months. I mean, now’s the time, right?

SONG OF THE YEAR:

as opposed to album of the year, a short, hot shot of musical bliss. This is the one track that always hits sweetest for me, gets turned up, frequently gets rewound and played again. Gangnam Style or Call Me Maybe? I think not. No, the nod goes to Hollywood Forever Cemetery Sings by Father John Misty. Melancholic, hook-laden and brutally earwormy – as you’d expect from the drummer of Fleet Foxes. Fear Fun, the album from which it comes, is a bit patchy, but this track is a thing of beauty.

So You’ll Aim Towards The Sky, by The Bootleggers feat. Emmylou Harris, from the Lawless soundtrack.

The Descent, by Bob Mould.

Want It Back, by Amanda Palmer.

The Gravedigger’s Song, by The Mark Lanegan Band.

ALBUM OF THE YEAR:

It’s tricky to find an album that works as a full-length piece of work without being called prog. But there are some artists that are simply best in a long-form environment. My album of the year is The Seer by Swans. It’s a two-hour monster of a record that crosses so many boundaries, and demands so much of the listener while giving so freely of itself. It’s not for everyone, but if you’re willing to be seduced by the drones and bells and sheer vast wall of guitar noise that awaits, then the rewards are infinite. I’ll put it like this–I asked for a high-end pair of headphones for Christmas with this album specifically in mind.

FILM OF THE YEAR:

Tricky one, this. It’s been a weirdly uneven year for movies, with some that I’d really been looking forward to stinking up the screen like you wouldn’t believe. In the end, I’ve plumped for a film which not only promised a lot, but delivered on those promises in spades. My film of the year is Dredd. The rebirth of Mega City One’s toughest lawman in a brutal, John Carpenter-style siege plot is a wholly satisfying action movie with real old-school appeal and charm. Sylvester WHO?

Beasts Of The Southern Wild.

Cabin In The Woods.

COMIC OF THE YEAR:

Tricky for different reasons. This year I began reading comics again in earnest, largely due to the purchase of an iPad and Comixology. Once you get over the western obsession with capes and masks, and start reading beyond them, the power of comics as a medium becomes clear. There have been a ton of great books out this year, and it’s tough to pick out one that stands head and shoulders above the rest. I’ve chosen one purely as it speaks to my own predelictions.

My Comic Of The Year is Prophet, Brandon Graham’s reboot of a duff 80’s hero-book. By transplanting the story to a Jodorowskyian wide-screen weird-cosmiche setting, Graham and his crack band of artists have created something very rich and strange indeed.

2000AD: Tharg The Mighty and His Droids.

Ashes: Alex DiCampi and a band of thousands.

BOOK OF THE YEAR:

I read a lot of books, but I don’t read many contemporary books. My favourite read of the year is Valdez Is Coming by Elmore Leonard, first published in 1970. My list of worthies from the year 2012 is a bit lacking. Or you could call it small but perfectly formed. My Book Of The Year is Channel Sk1n by Jeff Noon. It’s his first book in ten years, and a very welcome return to the scene by one of my favourite authors. The tale of a reality pop star who starts picking up TV signals on her skin, it’s a sharply drawn satire on modern cultural memes, and a thing of real beauty in its own right. 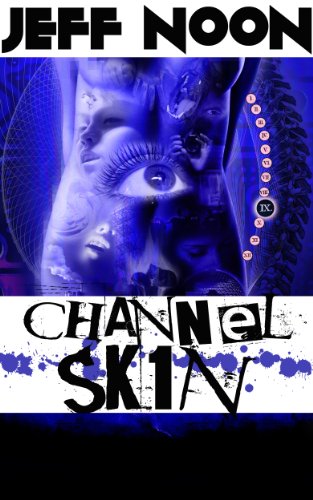 The Mongoliad: Book 2 by Neal Stephenson, Greg Bear at al.

The Shining Girls by Lauren Beukes (a bit of a cheat this, as it’s not released until May 2013, but this twisty tale of a time-travelling serial killer is gonna be big, trust me).

EVENT OF THE YEAR

…being something that gets my lazy bum out of the house and interacting with the real world in the fresh air. Really, there’s little question as to the winner. The Olympics was one of those moments when our quiet, pessimistic little nation went all out and proved that there was a bloody good reason why we used to have an Empire. We had a chance to prove what we could do, and bugger me if we didn’t go ahead and exceed all expectations. For me, the Paralympics were even better: an amazing atmosphere twinned with astonishing displays of sportsmanship, tenacity and sheer willpower.

The Reading And Leeds Festival 2012.

DocoBanksy at the opening night of the Portobello Film Festival.

So, those are my highlights of the year. How about yours, Readership?