There's a big problem with film criticism in the 21st century. There's simply too much of it. 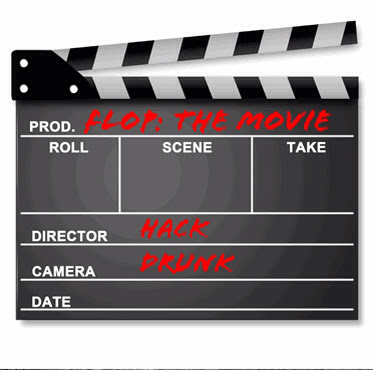 “That's rich!” you holler. “This, coming from a bloke who spends a fat chunk of his blogging life talking about film.” This is all true, although the observant amongst you may have noticed filmcrit taking a quiet back seat on the site recently. There's good reason for that.

The problem is that if you throw a wide enough net for any given film, then you can gather in a specimen of every species of film review, from high-five to hatchet job. Let's take an example: Noah Baumbach's quirky character study starring and co-written by Greta Gerwig, Frances Ha, that dropped on Friday. Cath Clarke, writing for Time Out, called it a:

Of Gerwig, she says:

“a kooky, clumsy cool girl in the tradition of Annie Hall.”

“Frances Ha is so annoying… that you want to grab the film by its throat, screaming about how bad it really is.”

Of the choice to shoot in black and white, he said:

“an absolute eyesore of a film, the black and white effect just makes everything uglier and more dull to look at.”

There you go. One film, two polar opposites of reviews. Good luck making a decision based on those two. The thing is, they're probably both right. Cath and Andrew are passionate, well-informed writers. They're both fans of Baumbach's previous work. But it's clear that their stances on Frances Ha are both wildly divergent and, perhaps, based on all sorts of factors: their own predilections, how they were feeling when they wrote the review, how much kip they got the night before. This is not a slur on their professionalism or the validity of their piece. There's no point in having a purely objective film review – you'd get something like “the film was generally in focus and well-lit, the actors hit their marks without issue and no-one flubbed a line.” Both are equally valid – but neither is particularly helpful if you want to know whether it's worth splashing out for a ticket and a babysitter.

The point and the problem is that any review is, by definition, an opinion. Yeah, really, no duh, big revelation, right? But the thing is, we're longer in the world where the only opinions we had to filter were those of the newspapers, a couple of film mags and Barry Norman. For ill or good, there's a lot of people out there with a movie habit, the urge to write about it and the means to find an audience. Five different reviewers will have five different opinions of a film. Now factor that by, oh, let's say ten to the power of twenty. That's yay to nay and every shade in between. How can you base a trip to the flicks on that sort of baseline? Is it any wonder that commentators are calling this the end of the era of the film reviewer?

Anyone trying to make a name in the game these days needs a hearty sense of self-awareness and an acceptance of their role and potential influence in the scheme of things. Rotten reviews won't chop a film off at the knee any more – just look at the box office takes for the universally derided Transformers films. Good reviews will help, but more often than not now they're all just a part of the promotional machine for a new release. There's an element of back-scratch at play here, of course – it's a rare film writer that doesn't want to see a pull-quote on a poster or ad, and it's pretty cool to snag free press screenings. Does this mean that access comes with a certain amount of leeway in terms of positive reviews? No, of course not. Well, not on a reputable site, anyway. But there are other weapons that the marketing team can bring into play in their hunt for a positive write-up.

Crowd-sourced reviews, for example. It's becoming more common for preview screenings to come complete with a camera set up to grab on-the-spot vox pops from the people that matter – the little people in the audience. You'll often find them composited into TV spots, especially if the film in question has been critically pummelled.

This can backfire, though. The studio behind Richard Curtis' new film, About Time, thought it would be a great wheeze to have members of the public write reviews following a tranche of preview screenings. That is, until the reviews came in. They were unanimously stinking. The studio panicked, and started throwing out cease-and-desist orders. But as no-one in the audience had signed an NDA, Working Title were not so politely told to shove it. Something of a failed experiment, that one.

Then of course there is the aggregated film score, brought to you by Metacritic or Rotten Tomatoes. Like an Amazon review, these bring you a broader overview of reviews, sorted into a handy star or freshness rating. This is fine in principle, but again ignores the fact that bad notices don't necessarily equate to poor box office receipts. Especially when studios can make up pull-quotes out of just about any bit of copy, regardless of how excoriating the review.

Let's go back to Frances Ha, and Andrew Jones. A mischievous PR person could quite easily turn that frown of his upside down, with a little judicious editing. Let's see, now…

“charming… off-beat, quirky innocent fun… a sweet, innocent look at a young woman and the friends she makes on her journey to stay childlike for just that little bit longer before life comes a knocking.”

There. Much better. Go back and read the whole review (Please. Give the guy some traffic. It's the least I can do under the circumstances). It's all there. Out of context and heavy on the ellipsis, but in the copy and ready to be retasked. Note that a lot of quotes on posters don't even put the 60 seconds of work in that I did. A single word will do, even if that word is comparing the film reviewed with another, better movie. It's a low, dirty trick, but it happens, and more often than you'd think. And if it gets your name and web address on a poster, are you really going to demand the studio pull it down?

The film review world is increasingly skewed and hard to live in, and the rewards, to my mind, are becoming tougher to find. There's art and wisdom to be found in the best film blogs and sites, but you have to wade through a shedfull of dreck, pablum and churnalism to get to it. It's been a long while since I read a film magazine from cover to cover, and I pick my movie sites with increasing care. Ultimately, if your own reviews can be turned around to say something other than the thing you intended, how on earth can you craft something meaningful?

I'm not convinced I have anything new to offer anymore. I will continue to offer film writing on Excuses And Half Truths, and we'll continue to talk about film on The Speakeasy. But writing about current releases… that needs a new approach. If a flash film review of a couple of hundred words can have the same impact as a 2000 word behemoth, then maybe less is more. I'd love to know your thoughts, Readership.

See you in the cheap seats.