Something in the manner of a disordered opinion-dump, but there’s a lot to unpack in this movie.

Captain America: The Winter Soldier is out today in the US. Spoiler Alerts are in operation from here on in.

2. Of course, Marvel, and cape comics in general, have been here before. The 70s was a strange place to be a man in a mask, as many of the certainties of the previous decades came crashing down. DC seemed obsessed with the drugs problem, to the point of making Green Arrow’s sidekick Speedy into a junkie. As for Cap? Well, he took it hardest of all. Breaking a crime syndicate only to discover that the boss of the whole thing was the President (it’s never made clear, but the general consensus is that it’s supposed to be Nixon) was enough to tip Steve Rogers over the edge, abandon his shield and become the roving dispenser of justice known as Nomad. He no longer saw America as a place that deserved a Sentinal Of Liberty. That’s a harsh judgement. 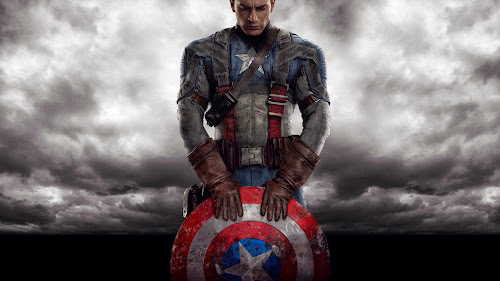 3. But let’s consider Captain America as a character–or rather, as an avatar for a set of ideals. That is, after all, why he was created in the first place: an instrument of propaganda, a symbol of what G.I. Joe was fighting for. The guy that could run up to Hitler and give him a sock in the jaw. Joe Johnston’s original Captain America movie both satirises and celebrates this era, as Steve Rogers salutes stiffly behind a line of showgirls after knocking out a guy in a stick-on Hitler moustache. In the new film, he has become a man out of time, fighting a war with no clear boundaries or endgames. He’s lonely, unable to engage with anyone outside his immediate bubble of hardcore military types and intellegence operatives. A flip exchange between Steve and Natasha Romanoff, The Black Widow, at the start of the movie speaks volumes:

NATASHA: “Do much on Saturday night?”

STEVE: “Well, all the guys in my barbershop quartet are dead, so no.”

In the movie, it comes across as a throw-away joke. But written down it becomes a far blunter, much less funny line. You could argue that Steve is still playing the role of America’s avatar–isolated, unsure of his part in the wider world. He’s a soldier. All he knows is war. But the war SHIELD, Nick Fury and Alexander Pearce have given him is a slippery thing, filled with ugly choices, compromises and doubt. 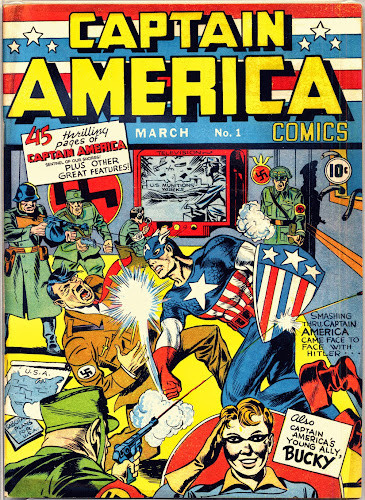 4. Although the comparison to 70’s spy thrillers is apt, CA:TWS deals with modern concerns in a fluid and thoughtful way. The surveilllance culture and whistle-blowing are both touched upon, as is the notion of freedom, and how much sacrifice is required to keep it. Could we say that the Hydra argument that Pearce supports–freedom is an illusion that the populace doesn’t really want or need–is close to the state the opponants of the Obama administration argue is already happening in the US? Perhaps. A nuanced discussion on the nature of freedom in the modern era is not the kind of thing you expect to see in the middle of a cape movie, and although it does get lost a bit in the middle of the sturm und drang of the final third of the film, the fact that it’s there at all is both refreshing and welcome.

5. Superhero and spy films are both heavy on the notion of identity, so it’s no surprise to see it explored in CA:TWS. The thing is, Captain America is the one character that doesn’t have issues with the dual nature of the secret identity. He knows who he is and what he stands for. It’s his friends and collegues that seem to struggle with that simple notion. Black Widow, in particular, is taunted by Pearce as she prepares to spill the beans on SHIELD’s activities: she’s hidden behind so many masks that she’s forgotten which face is hers when she looks in a mirror. It’s almost as if she needs to tear the whole thing down to rediscover herself. Then, of course, there’s the conceit at the heart of the movie. Hydra is part of SHIELD. The villain’s secret identity is that of the ostensible good guy. Two faces of the same coin. 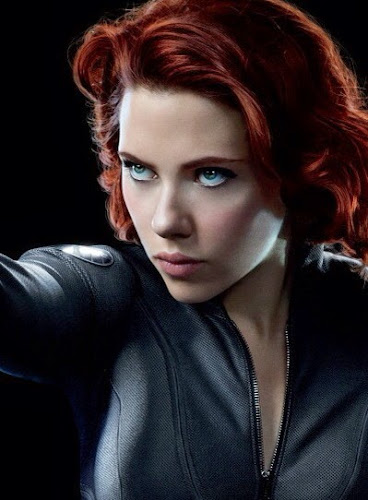 6. We should talk a little about Natasha Romanoff who, as she did in Avengers Assemble, is both motor of the plot and saviour of the whole situation. It’s her discovery of the secret files on board the Latverian frieghter that kicks the story into life. She saves Cap’s life, and pulls off a brilliant switcheroo just when it seems all is lost. Many reviews have marginalised both the character and Scarlett Johannsen’s portrayal of her to sexy sidekick status, neither of which are fair. Johannsen plays Romanoff as tough, capable, but tortured by a life of deception. In a post-SHIELD world, there’s room for a Black Widow movie. Played right, she’d be a contender to take on the tired Bond/Bourne franchises. That’s a movie I’d pay for.

Conclusions. Captain America: The Winter Soldier packs a lot into its running time. It references and honours the best in espionage drama, while also showing respect to the character and history of one of the more iconic Marvel figures. It’s not afraid to take on big themes and discuss issues that affect us all in an era when war, freedom and democracy are no longer what they seem. Not bad for a film that has a guy in a mask on the posters.