In 2002, I was was swimming in Australia when I was caught in a riptide.

We were in Perth, the most isolated major city in the world, on the penultimate day of a three-week tour of the south-western tip of the continent. In those days I swam a lot—I was strong and confident in the water. TLC watched from the beach as I romped in the surf.

Suddenly, I found that the current running parallel to the beach had strengthened, and I was unable to break free from it. I was smoothly swept down the line of the coast, away from my wife.

I knew better than to struggle or fight it. I would only exhaust myself against a force that had magnitudes more power than me. I allowed the tide to take me, nudging gradually forwards until, a quarter-mile upstream, I managed to reach a point where my feet touched sand again. I walked back, feet in the tide. It was an extraordinary moment, terrifying yet exhilarating. I knew that I had faced a force much greater than myself, and understood that my only sensible action, the only action that would permit my survival, was to surrender to it. To let it take me.

Last week, I saw Swans, and I had that feeling all over again. 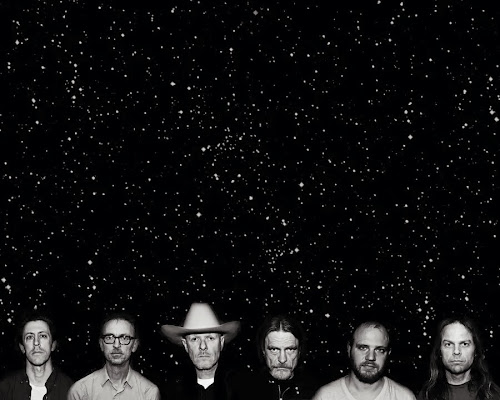 The first thing people mention when they talk about Swans gigs is the volume. They eschew backdrops or projections: instead, when you see the stage on which they'll play, you're confronted with a jagged outcrop of amps. Mesa Boogies leaning on Marshalls. Oranges stacked on Trace Elliots. Swans mean business, and their business is to lose themselves and everyone along for the ride in the crescendo.

There's always been a Buddhist approach to the music. Long, long, looping drones and figures, a sound that mixes blues, motorik and the rattle of gamelan, building over the course of 20, sometimes 30 minutes, allowing you to lose yourself utterly in the sound. Meditative and all-consuming. When played through the wall of amps that Swans use you can feel yourself dissolving in it, becoming just another vibration in the hot, thick air of the club. As their t-shirts put it, “Imagine Total Annihilation”. That's not an aggressive stance in this context. It's about the dissolution of the self in the whole. As Gira says on the opening track of the new album, “No fear. No pain. No suffering.”

This is their time. From the furious post-punk primal proto-noise of their early years, to the blissed-out calm of The Drowning World, everything Michael Gira and Swans have done has been a progression, the slow slide of a tide up the beach. Since the reactivation of the band in 2010, their fearsome reputation and sheer muscular ability has brought them legions of new disciples, myself included. Their latest album, To Be Kind, has gone Top Forty. The audience at Reading's Sub89 last week, where I was lucky enough to catch them, was half indie-kids who were still at their mamma's tit when the first incarnation of the band was scaring the living daylights out of people.

Nowadays Swans understand. They know that you don't have to go full in from the starting bell, that sometimes you can lure people in, let the groove seduce them before unleashing the storm. Like Ali in round 8 of the Frazier fight, or a cat purring contentedly on your lap: things can change around fast at a Swans gig, and you never quite know when the teeth will show.

Let's talk about the sound. Swans are loud, and I say that as someone that's stood by the backline for a Reading festival headliner. In a small room like Sub89, the noise is a physical presence, moving your clothes around, thumping your chest, getting behind your eyes and filling you from every pore, from the outside in. There were free earplugs at the bar. I used them, and even so the monster blasting out from Swan's stacked amps was enough to cause concussion. They deserve their reputation. You don't approach a Swans gig unprepared. You dont face *that* without a modicum of preparation.

But noise is just noise. If you wanted to be battered by sound, you could go and stick your head into the business end of a jet engine. Over thirty-some years, Gira and his band have created something rare and wonderful—music bulging with aggression yet lyrically bruised and fragile. Swans deal with the notion of mankind facing a universe infinitely more vast, terrible and uncaring than is possible to imagine. I choose my words with care: Gira has a deep feel for what it is to be a man when faced with a world outside his command. In “Just A Little Boy (for Lester Burnett)” he jabbers, “I'm just…just a little boy” while mocking laughter boils up around him. Later, that jabber becomes a beefed-up roar—”I need LOOOOOOVE!” And yet, here again is the laughter, bubbling up like lava, burning away the disguise, the pretense. Meanwhile, in “Oxygen“, he recounts the time that an ashtma attack closed off his windpipe, leaving him moments from death, alone in his house, curled in a foetal ball, fighting for air. Swans are all about reconnecting with the simplest of human needs: to love; to breathe. It's primal, furious and welcoming all at once. The baring of teeth can be a warning, an attack or a greeting. It's all about how you approach it.

After the gig I stuck around, knowing that Gira would come out to greet fans and sign stuff. As he walked from backstage, resplendent in his signature white Stetson, I saw a man that has come to an understanding with the universe, a man comfortable in the realisation that there are forces greater than he. Although, as I shook his hand and felt the power there that comes from thirty years of slashing at a battered Gibson 335, I was at a loss to know just what could stand against him.

To Be Kind. What does that mean, in the context of what we've discussed? I believe that kindness comes from a realisation that we are all connected, that there are the same bones under our skin, the same blood in our veins. We are one, and to be unkind is akin to shoving a knife into our own flesh. That realisation often comes out of adversity: the way that a natural disaster will bear stories of people joining together, helping each other in the face of a storm. Kindness: of a kind. To Be Kind is to be human. A life without acts of simple humanity would be stark and bare as a hurricane-blasted tree. It is not in our nature to be unkind, and Gira and Swans see that clearly. There is cruelty in us, certainly. There is the capacity for evil. But it passes. It always does.

The universe is infinitely vast and cold, and filled with wonders and terrors beyond our understanding. All we can do as a species is to gather together, beat drums and howl at the sky. Sometimes, that's enough. 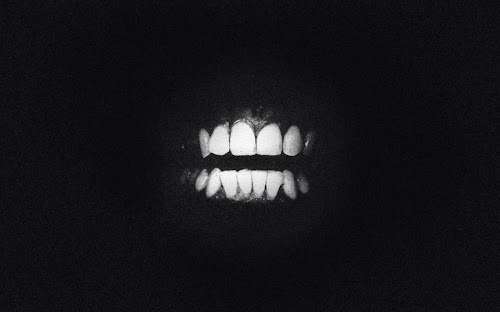