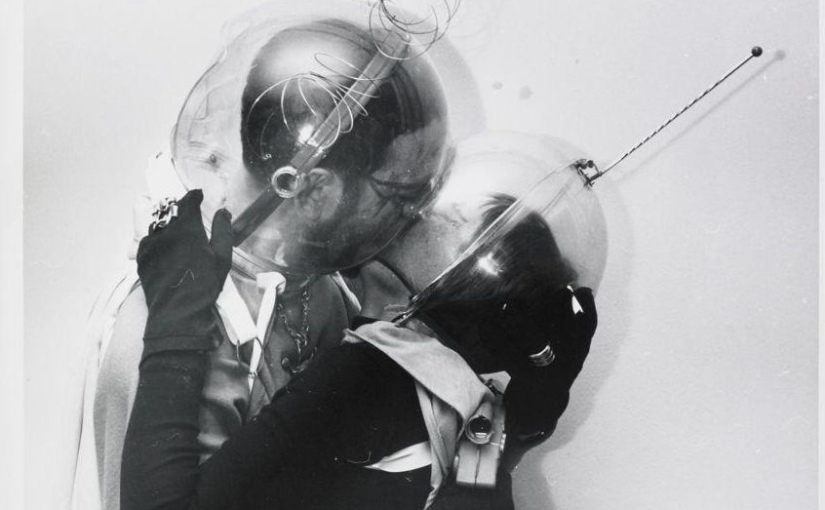 However, that’s how it is. So, lovely Readership, the time has come to hang out the flags, spark the fuse on the cannonade and announce the Excuses And Half Truths Best Of List. If you’d care to join in and share your picks, go ahead and pop ’em in the comments.

My 2013 Playlist is full of goodies, but the track that I listened to the most and that I found most inspiring came from an album released in 2011. Readership, I have myself a serious Band Of Skulls habit. Storming live headline shows and an amazing support gig for Queens Of The Stone Age meant that 2013 was not a fallow year for the Southampton rockers, and the new album Himalayan is going to be a real highlight of next year. The first single, Asleep At The Wheel, stomps like Godzilla, and I’m vibrating with excitement to hear what they’ve come up with.

For now, though, enjoy my Track of 2013: from the album Sweet Sour, this is Bruises.

Daft Punk: Lose Yourself To Dance

David Bowie: I’d Rather Be High

Suede: For The Strangers

A toughie. It’s been a hella year for the album as a format, with surprise drops from Beyoncé and a Mercury-nominated record from an artist we all thought had slipped into quiet retirement: David Bowie. My discovery of the Playlists.Net widget on Spotify has turned every Monday morning into a joyful exploration of the new and exciting. How do I choose the best album amidst such a cornucopia of joy and wonder?

Well, it has to be the album that I just keep coming back to time and again. That one where, whenever a track comes up on shuffle, I find I had to start the whole album again from the start. Even then, there’s an unreasonable choice to be made between two records. Ultimately, I can’t decide.

Therefore, I have two Best Albums for 2013: Pale Green Ghosts by John Grant and Monkey Minds In The Devil’s Time by Steve Mason. Both are meditations on love lost and hearts broken. John’s synth-drenched ballads rage against his betrayal by the man who was the love of his life. Steve’s more scattershot style mixes dub, psych and rock as he takes that theme further, railing against the loss of his country to demonic forces, ultimately calling for revolution. They’re both angry albums that stand up to repeated listens.

Laura Marling: If I Was An Eagle

Here’s a dreadful admission for you: I barely read anything this year that was released in 2013. This doesn’t mean I wasn’t reading. If anything, I powered through more books this year than ever before. But the double tap of an unruly TBR pile (that was added to with a couple of unfortunate visits to some really good second-hand shops) and a Kindle-full of stuff I hadn’t got round to led to a conscious decision to shun new releases. The whole process was strangely freeing, and meant that I finally got round to reading some real stonkers.

I should note that it’s also been a particularly shitty year for losing authors that I love and respect. Let’s just take a moment to remember Iain Banks, Elmore Leonard, Richard Matheson, Doris Lessing, Frederik Pohl and Jack Vance, among many others.

My book of the year is Joe R. Lansdale’s Vanilla Ride. Written in 2009, and the seventh book featuring trouble-for-hire team Hap and Leonard, it’s chock full of cracking dialogue, creative swearing, characters that come off the page and snog or slap the face off you, and a story that blasts along like a Camero on nitro. If you’re a fan of fast-moving crime, you cannot do better than these. Well worth tracking down.

Christopher Priest: A Dream Of Wessex

With the appearance at X&HTowers of a brace of iPads last year, I suddenly rediscovered the joys of the monthly comic book. A 10″ screen is perfect for devouring graphic loveliness, and apps like Comixology make it easy to subscribe and manage your habit. It’s been a grandstand year for interesting work, once you get away from the masks and capes.

Which of course makes my pick of the comic of the year all the more ironic. Matt Fraction, David Aja and Annie Wu’s Hawkeye has taken the notion of the life of a second-string Avenger and created the freshest work that I’ve seen in years out of the conceit. By keeping his day job out of the equation, Clint Barton’s life has become the focus showing a different side to the man with the bow as a loveable trouble-magnet. His on-off friendship/romance with Hawkeye Kate Bishop has led to the Young Avenger becoming as much a star of the book as Barton himself. Let’s put it like this: any book that can devote an issue to telling the story from a dog’s eye view and make it work has to be worth a look, no?

Gravity. It’s Gravity. Of course it’s Gravity. A film that could only be made in the 21st century. A space film that has in one stroke redefined how you portray action in zero-gravity. A drama that radically reshapes the way film story is structured. A film with an extraordinary central performance that, for the most part, you only see from the neck up. An astonishing achievement and one that left me stumbling away from the cinema with my head swimming and filled with the possibilities that Alfonso Cuarón’s film offers and the multiple pathways that we can take from here.

Blue Is The Warmest Colour

So that’s my pick of the good and the better in 2013. What have I missed out on? Where did I go wrong? If you don’t tell me, I’ll just carry on making the same mistakes, you know.

To all, a fine New Year, in which there will be more Speakeasies, and a sackful of shenanigans.