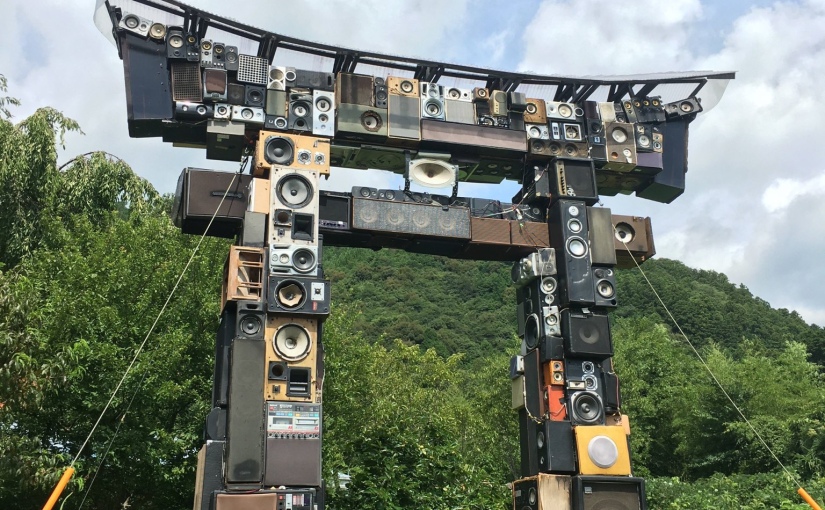 This issue of The Cut is dedicated to Glen Dinning and the good people behind Blue Collar Corner, which opens in Reading today. It’s a street food and open-air bar venue which has grown from a single event to one of Dingtown’s most exciting ventures. Gods know, we need something to celebrate. Best of luck, folks! We’ll be down to see you soon.

Meanwhile, this week’s roster includes the lies of Robert Pattinson, long songs and the smallest coffee shop in London.

Celebrity interviews come in two different types. The dull, generic puff piece, released as part of the promotional campaign for a product featuring the face in question. Then there are stories which go completely off the rails with much unintended entertainment to be had (that Grimes interview this week where she inadvertently admits to having a second kid with Elon Musk springs to mind). Actually, there’s a third sort—the interviews given by Robert Pattinson. He makes sure he isn’t bored, that’s for sure…

This long read on a film and music festival in New York and the restless genius who ran it is all kinds of fascinating. Filled with twists and turns, it examines how patronage in the arts has always been a push-pull affair. How much can the artist get away with before they ruinously piss off the person funding them?

Look What We’re Doing With Your Money

For most of The Cut Crew, technophiles that we are, ‘luddite’ is an insult saved for those really choice moments and people who really honk us off. It’s really annoying to find out we’ve been using it wrongly for all these years.

Sure, you could use an old phone box as a tiny library. Many of them are doing sterling service as a handy dumping ground for those Dan Brown novels no charity shop will take. But the noble red boxes can serve in other ways. As long as you’re happy to take your fix to go, that is.

The Smallest Coffee Shop In London

This is probably a bit of an edge case (which the writer admits) but it’s nevertheless a fascinating glimpse at how a restaurant’s profit margin is calculated. Sometimes the counter-intuitive move is the right one to take.

The Maths Behind Closing A Restaurant On Saturday Night

The Wild West of popular fiction is just that—mostly made up. The lives of the pioneers who tamed the American frontier were stranger and wilder than the books and movies would have us believe. Like Willie Nelson sang, Cowboys Are Frequently Secretly Fond Of Each Other…

Buffy The Vampire Slayer is 25. Yeah. We know. Us too. Let’s not underestimate the massive influence of the show on modern pop culture and how it evolved the way episodic drama is written, performed and consumed. Buffy rules in our house, and we will brook no criticism. Ian Carlos Crawford, showrunner of the Slayerfest ‘98 podcast, discusses the enduring legacy of The Girl Who Saved The World. A Lot.

Of course, we can’t (sadly) celebrate the show without addressing the issues around its creator. The BBC presents a decent overview. The link title gives our view.

Finalment. Streaming services offer the illusion of choice. Sure, there’s a ton of stuff to watch. But there’s also a huge part of cinematic history which is simply unavailable. Horrifying example: less than 20% of the silent films which built the structure and grammar of cinema we take for granted can currently be watched in any form. We cheer on this new initiative to get films which have been unseen for decades back on the screen. Any screen.

This week’s Exit Music is delightful and bizarre. Chipmunks At 16 Speed does what it says on the cover—it’s a rip of an Alvin And The Chipmunks album covering pop and punk songs, slowed down to 1/16th speed. The result is doomy, gothy heaven.

See you next Saturday, chipmunks.