All new, kind of different: Excuses And Half Truths Presents Rob & Clive’s Speakeasy!

Live from our new studio in London’s trendy Clerkenwell, The Speakeasy hits its first anniversary with a fresh coat of paint and a shoeshine.

Joining our intrepid podcastanauts on this new and exciting stage in our sonic journey are long time friend of the Speakeasy Simon Aitken, and first-timer Maria Thomas. Together, they share their hopes on the upcoming summer season at the movies, and give us their picks of the films to look out for over the next few months.

Hope you enjoy our new direction. 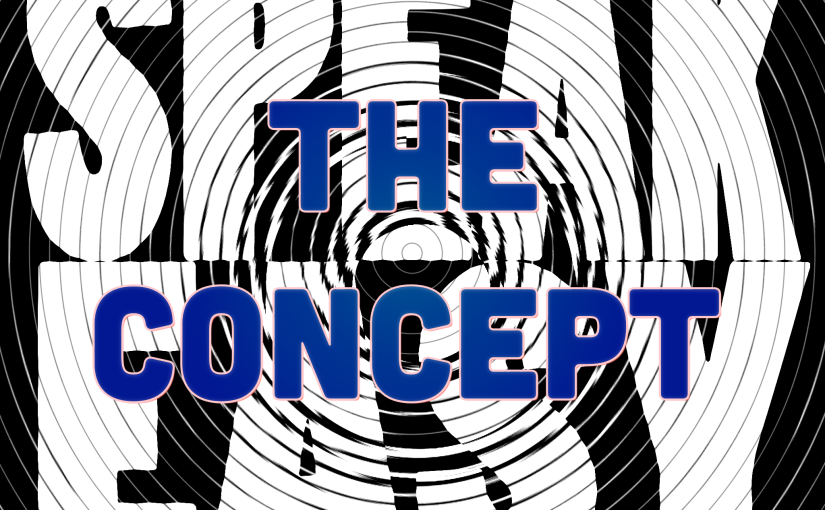 As is appropriate for a podcast about the concept album, BEHOLD our most epic Speakeasy yet. Over two hours of chat as Rob, Clive and special guest writer Stuart Wright discuss that most derided of formats and find a few gems… and yes, a couple of turkeys.

Here’s the Spotify playlist of the albums we’re discussing:

and the one album not on Spotify: The Lamb Lies Down On Broadway!

and a link to Stu’s site…

Just the two of us this month, as Clive and Rob talk about writing. We cast an eye over the fast-changing world of self-publishing, look at some short fiction mags and answer that all important question: just what does Nanowrimo stand for?

(as I mention at the top of the ‘cast, Script Frenzy has now become open-remit challenge Camp Nanowrimo. It’s well worth a look, especially if you like the idea of a more collaborative environment. Check out www.campnanowrimo.org for more info, and to sign up for some writing fun in April!)

We love documentaries, so it’s only appropriate that we take the most love-drenched time of the year to talk about them. END_OF_DOCUMENT_TOKEN_TO_BE_REPLACED

Now that the dust has settled post-Xmas and everyone’s yakking about Sherlock, we can take that all-important bit of critical distance and talk at length about Doctor Who. END_OF_DOCUMENT_TOKEN_TO_BE_REPLACED

END_OF_DOCUMENT_TOKEN_TO_BE_REPLACED

As our Xmas gift to you, dearest Listenership, here is the second of our bonus Speakeasies. Clive and I are reading each other’s stories from last year’s Zombie Christmas anthology, The Dead Files Vol. 3 (pick it up at Amazon for the zombie fan in your life). This time around, Clive is reading my story of the best Christmas Day ever: Slayride.

As our Xmas gift to you, dearest Listenership, here is the first of two bonus Speakeasies. END_OF_DOCUMENT_TOKEN_TO_BE_REPLACED

In a bare-faced attempt to up the ante, Rob and Clive invite The Little Unsaid, AKA John Elliott, into Studio 2A for some musical shenanigalia. John performs a new song, and covers tracks by Nick Cave and Atoms For Peace.

John also joins us for a robust discussion on the merits of and surprising facts around the world of the cover version. Rob and Clive reveal the music blogs they can heartily recommend (and the ones that they’ll cheerfully never go near again) and guest sound engineer Alex Purkiss shows us up with a radical uptick in sound quality over the bits he’s in charge of. Endearingly shambolic is the way we roll, wise guy! Stop making us look bad!

All this and the usual level of Z-grade pun-slinging and punditry from the crew that put the K in kwality.

No Country For New Nashville – nocountryfornewnashville.com

The Von Pip Musical Express – Track of the Day – thevpme.com

Crack in the Road – crackintheroad.com

Here’s John recording his music for us. Note the professionalism of the studio setup. An upturned bin serves so many purposes…

and for bonus hilarity, the moment when he realised just what he’d let himself in for…

(if you want a permanent copy, click the link by the player to download the podcast to your computer).

November. Cold, damp, and once you’re past the Halloween/Bonfire Night twofer, there’s nothing to look forward to until Christmas. Oh well, let’s go to the pictures.

Clive and Rob are joined by film-maker Simon Aitken, who braves the 50 Second Flash Film Challenge. We consider the vexed question of remakes, reboots and *shudder* re-imaginings, and the Dice Of Fate is pointing us at music blogs.

Grab yourself a pumpkin spice latte and snuggle in!

Join us on iTunes!

Join us on Libsyn!

Join Us On Soundcloud!

Talk To Us Anyway!